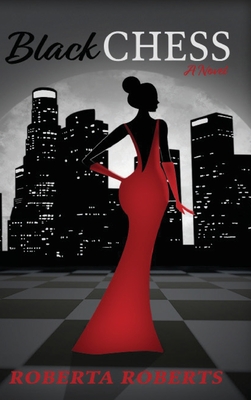 Read a Description of Black Chess

“Life’s a chess game…There are infinite possibilities and multiple universes, depending on the choices you make,” asserts Celeste, the main character in Roberta Roberts’ novel about what it takes to play the “game” successfully. In Black Chess, Celeste and her friends, Bianca and Kennedy, navigate the files and ranks to traverse their individual and interrelated paths. As they do so, they not only become more self-aware but also grow in awareness of and appreciation for the struggles and needs of the black lives in and around their worlds—and their call to help make a difference.

Roberts interlaces her dialogue-driven novel with highlights of pieces and key moves in a game of chess: “Pawns,” “Openings,” “Knights,” “Bishops,” “Rooks,” “Queens,” “Kings,” “Check,” “Checkmate." These act as chapter heads, with Roberts briefly noting their significance and functions before delving into the story’s unfurling plot. For example, in “Pawns” the reader is first apprised of the following :

The PAWN, the chess piece of least value, can only move forward along the file on which it stands, one square at a time. However, on its first move, each pawn has the option of advancing two squares. En passant (French for “in passing”) is a unique circumstance where a pawn has just made the initial double move. The opponent can use a pawn to capture it as though it had only moved one square. An en passant capture occurs only between two opposing pawns and must be made on the next move, or the opportunity is lost. The pawn captures forward diagonally, one square to the left or right. If a pawn avoids capture and reaches the opposite end of the board, it must be promoted to any piece of the player’s choice, except a king. A pawn is usually promoted to the most powerful piece, the queen.

Appropriately, “Pawns” opens the novel, introducing Celeste, a young single mother living with her father and her young son in her father’s home in California. Obsessed with making the right life choices to override her past mistakes and move forward, Celeste is fully focused on her desire to achieve financial independence and self-sufficiency. She commits to celibacy and, despite the concerns of her father and her friends, vows to “walk alone” as she cares for herself and her son. However, she is unsure of how to progress with her interest in photojournalism.

A similar feeling of frustration assails Kennedy (mother to twin girls for a man with whom she is no longer in love, and a self-described “makeup artist and wannabe stylist”) and Bianca (in a cloying marriage and a going-nowhere career as “the Assistant Fashion Editor for a local magazine”). They sense they too are stuck in the current gear of their lives and at a crossroads. Roberts, a civil rights and human rights advocate, portrays each of the three women as beautiful, smart, and a force to be reckoned with in her own way—yet their potential is stifled. As Celeste puts it in “Queens,” “Black women face racism, sexism, rejection by Black men, self-esteem issues, colorism, and our femininity questioned by society.”

Insights into the plight of not just Black women, but all Black people living in a society that routinely seeks to erase them are the foundational elements of the conversations in Black Chess. Though there are references to general issues, overall the novel is a study in Black life and culture and how the “game” has to be played in order for you to do more than just survive. From sexism and homophobia, to racism, police brutality, white supremacy, the Black Lives Matter movement, classism, politics, to the criminal justice system, and more, the points of discussion are often spotlighted by reference to current events. There is an urgency in the dialogue, a staccato rhythm that becomes somewhat more measured only in the last four sections of the book—as things fall into clearer perspective.

In “Openings,” the second chapter in the novel, the friends, inspired to live “with more integrity” and be a part of the change [they] seek,” decide to join Black Lives Matter and attend the upcoming protest in Baltimore, Maryland. Though their presence in support of their Black sisters and brothers is well-intentioned, they come across as faux protestors—like some others, just there for the hype of the moment. However, when they meet Khalil, a community organizer who immediately zeroes in on Celeste, they start taking a deeper dive into the realities of the “struggle.” The friends, as well as Khalil, start learning much more about themselves, each other, and how they can best show up in their own lives and in support of their people. Ultimately, Celeste, Bianca, and Kennedy are transformed from the inside out.

To succeed at chess, players need to be—among other things—tactical, strategic, calculating, in control, focused, and vigilant. In Black Chess the characters represent both players and game pieces, who make it to the opposite end of the board in their individual and corresponding ways. In the process, they reassess their values, needs, support systems, and aspirations. Their stories are now fresh and hopeful. Roberts’ use of the game of chess as a metaphor for Black lives seeking to survive and thrive against all odds is genius, and provides scope for layers of interpretation that are sure to intrigue readers. Checkmate. Well played.