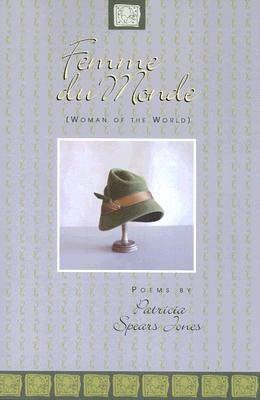 Spears Jones’ second collection Femme du Monde does not simply unfold the artful experiences of a woman who has traveled and soaked up the international monuments of canvas, celluloid and literature. These are the careful insights of a woman who has experienced and noticed more tragic scenes.

When she begins with the descriptive speculation of her girlfriends watching a scene between a girl and a man in the opening poem “Hope, Arkansas, 1970.” In this poem, Spears Jones clearly sets the tone for possibilities of travel as a broadening life experience. The terse ballad of lost love "Emergency Eye Wash" and the reality of "Shack With Vines" prefacing "Why I Left the Country: A Suite" only reinforce this idea of internal travels as the poet traverses through Europe, the East Coast and otherwise.

These poems do more than take us through mentioning Japan, Italy or Russia. In "Sapphire," the character from "Amos'n'Andy" finds a tribute veiled in the experiences of a cosmopolitan black person who has "a working knowledge of Celtic mythology and hoodoo, shouts and blues." Even as she pokes fun at this perception of the cultured African American, she still closes with such finesse on many of these poems, as if she has clicked a perfect lid shut on a souvenir when she describes the chocolatier's children who "lick the brutalized ears The end of "My Matthew Shepard Poem" is another brilliant proverb-like example: "If the dress shoe fits, may it pinch like hell."

The subtle entrances of black characters are evidence of Spears Jones' crafted grace, especially in poems like " Cat On a Hot Tin Roof or Liz in Lingerie" where the typically unnoticed black servants make appearances. Although the book itself is a journey, the poems, Femme du Monde spools themselves out like a series of escapades. You have to wonder where you will end up next in the sojourns of Patricia Spears Jones. (originally published in Black Issues Book Review)