Book Review: A Dream Foreclosed: Black America And The Fight For A Place To Call Home (Occupied Media Pamphlet Series) 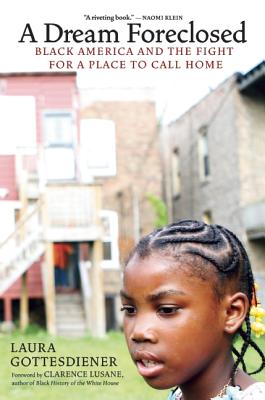 Read a Description of A Dream Foreclosed: Black America And The Fight For A Place To Call Home (Occupied Media Pamphlet Series)

“Black families and neighborhoods have been disproportionately victimized by bankers’ predatory loans and illegal mortgage servicing practices. Compared to white Americans, African-Americans are twice as likely to be forced from their homes through bank-pursued eviction…

Today’s ongoing wave of racially tilted displacement is part of a long history of denying full human and citizenship rights to African-Americans… It’s a history, often suppressed or ignored, that began the moment Europeans set foot on North America and Africa, and continues to the present day.

And most silenced of all is the story of the families who are organizing against the displacement, battling bankers, governments, officials, courts, and the police to defend not only the places [where] they live but also their very freedom… This book voices… the epic quest of African-Americans to make a home in a nation that has, for too many centuries, proven [to be] an inhospitable land.”
—Excerpted from the Introduction (pages 8-13)

Part and parcel of the American Dream is a deep desire to purchase that picture-perfect house in suburbia surrounded by the proverbial white picket fence. For generations, blacks were frustrated in their pursuit of home ownership by de facto and de jure discrimination as reflected in everything from segregation to exclusionary zoning to racial covenants in deeds to the “white only” mortgage provisions of the G.I. Bill to the unwritten laws in Sundown Towns where African-Americans weren’t allowed to reside after sunset.

Consequently, most minorities ended up cooped in overcrowded, dilapidated tenements and projects in the nation’s inner-cities. Then, during the Clinton Administration, Congress passed the Community Reinvestment Act which mandated that banks finally extend mortgages to blacks and whites alike.

Sadly, racism reared its ugly head anyway in the form of the subprime mortgages issued predominantly to people of color, regardless of their income. And when the housing bubble burst in 2008, African-Americans started taking it on the chin again.

Laura Gottesdiener powerfully investigates the ongoing real estate crisis in A Dream Foreclosed: Black America and the Fight for a Place to Call Home. In her heartbreaking book, the author intimately illustrates examples of what is really a mass-scale tragedy in scope by zeroing in on the fates of four families facing and fighting eviction.

A debt of gratitude is owed to this eye-opening opus for providing proof positive that, even in the Age of Obama, the American Dream remains elusive for the vast majority of black people.