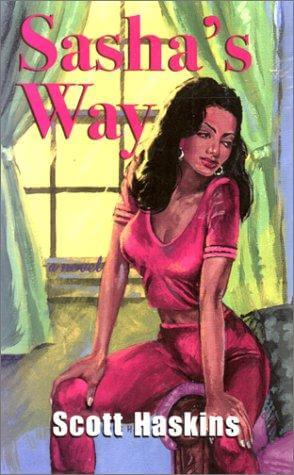 Read a Description of Sasha’s Way

Until I watched Pulp Fiction, the movie, I was not very knowledgeable about Pulp Fiction, the genre of literature. My observation was that it’s not terribly popular among Black Americans. Seeing Sasha’s Way touted as "the first in a new line of Black Pulp Novels" confirmed my hunch. I purchased the book, eager to read something different. Having a limited basis for comparison I endeavored to define pulp. Webster’s Dictionary describes it as: "dealing with sensational material." Drawing from the similarities in my sample of two, I’ve added the words entertaining and unfounded. (Is murder an obligatory part of the scenario?)

In Sasha’s Way the heroine comes home unexpectedly and finds her husband in a compromising position. She loses her head, goes for the hunting rifle… subsequently her husband and his lover both lose their heads. After that Sasha has a taste for blood and becomes a self-appointed vigilante, seeking justice for the evil that men do.

I’m not sure whether humor is a criterion for pulp, but I’m absolutely certain that I could not stop laughing as I read Sasha’s Way. Scott Haskins shows off his wit throughout the novel, as the heroine exacts revenge against scoundrels in ways so absolutely diabolical that it’s hilarious. He has managed to tap into the fantasies of every woman who has ever been wronged by a man. Sasha fixes ‘em in ways that we only dream of (quite often). With such an array of villains, every woman is bound to find at least one who reminds her of someone she loves to hate. Let’s see. We have the date-rapist, the alcoholic/wife beater, Nathan "Buck Wild" Simmons – the pimp who got his girl strung out on drugs, there’s a pedophile, and of course, we have the philandering husband/closet homosexual. Gotta hate ‘em.

My favorite is Reverend Morgan, the pretty-boy/ womanizer/ swindler, masquerading as a Baptist minister. Scott Haskins creates a character whose image is so authentic; the reader can reach out and touch him. We easily recognize the pastor who berates his congregation from the pulpit and lusts after the women in his flock. The author paints a thin line between Reverend Morgan and a pimp; and we are drawn in as The Reverend transcends the line, seducing, first, a lonely parishioner, then attempting to seduce Sasha. By the time Sasha has The Reverend where she wants him, Haskins has so successfully integrated the image of the pastor with that of a smooth operator that the irony is no longer there.

Without question, Scott Haskins demonstrates a plethora of literary talent – active imagination and flair for drama among them. In a time when the onus is on Black writers to be politically correct, a novel that deviates from the formula is refreshing. Traditionally, white artists have been afforded creative rein. They are free to venture into fictional romance, suspense, murder, mystery… Shakespeare. Today’s Black artist is confronted with a double standard, self-imposed from within the Black community. Whether the medium be literature, theater, television, movies or music, we perceive the Black artist as representing our entire race. We judge their work as a reflection of Black America, holding the creator accountable for correcting or influencing the behaviors of the Black community at-large. Whatever happened to individuality and freedom of expression?

Is it really possible for one book to encourage violence and murder, or to even contribute to the decaying moral fabric of American life, in general, and Black life, in particular? The human mind is such a powerful entity that it very easily interprets information to reinforce personal values. Thus, a person predisposed to violence may perceive Sasha’s Way as realistic; while a normal person (like most of us) would read the book knowing that if we commit murder, our butt’s going to prison. Period.

After all, Sasha’s Way is purely fiction and fantasy; no more or less of a negative influence than, say… a romance novel. If taken at face value, Scott Haskins’ first novel is amusing, clever and rather funny. I commend him for having the courage to stray from the fold.

Mercedes Allen is a free-lance writer, currently working on her first novel.