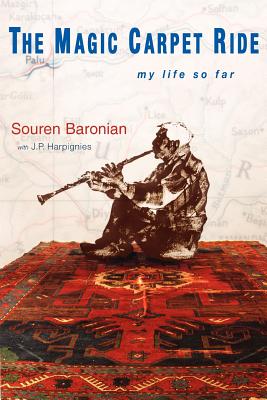 Read a Description of Paths Of Sanctuary

ihsan bracy's new novel, paths of sanctuary, is an intricate story of love, lust, envy’and filled to the brim with examples of how each can lead to the destruction of one's soul. Readers interested in family dynamics and the interworkings of African-American communities, will most enjoy being taken across decades of time to witness the creation of a three-generational family living in a town just south of the first gates of heaven.

The town, called sanctuary, holds in it children born of both angel and man, living side by side with human beings. The forbidden man/angel relationship is at the core of the central conflict, although it is difficult to discern even if you are three-quarter's of the way through the book. This information is clearly given only in the last few pages, at which point you suddenly realize the tie-in and purpose of the prologue.

This is not to say that bracy's book is without merit. At times his writing is so lyrical you are easily swept away by the beauty of his words. The world he has created is full of magical-realism, colorful, interesting characters worth rooting for, and a litany of sub-plots that often commands more attention than the main plot. And, the third-person, exposition-heavy narrative allows readers to observe characters from various points of view.

These same strengths also cause quite a conundrum for bracy. He gives us such strong, empathetic major and minor characters that their voices demand to be heard. Rarely are they and this makes it oftentimes difficult to distinguish between them. It also robs readers of a look at the characters' interior and a chance to fully experience the heightened intensity of emotions that is pervasive throughout the book. Some will argue that bracy's writing is more in line with fable telling or the style of J. California Cooper and thus not required to do more ’showing’ than ’telling.’

But in order to believe the motivations that drive bracy's characters to make life-altering, cataclysmic decisions, more insight into his characters' interior is needed. Take for instance the story of passage, the son of main characters dance and time. He is depicted as a kind-hearted, well-liked boy who is on the cusp of becoming the kind of man all parents hope their sons will grow up to be. In an instant he is turned into an immoral, evil and depraved individual. Why is this? And why did bracy choose passage, the most benign of the family members, to be the catalyst for the family's destruction?

Other strengths pose similar challenges for bracy, like the use of three separate boy- girl relationships to symbolize the union of spirit and man. Each is beautifully crafted and depicts a pure, soulful, everlasting bond. But their true significance is unclear and so then is their link to the overall story’muddling the genius of bracy's distinct storytelling and well-woven prose of rhythms and sensory. But bracy ends up coming out on top, leaving us with a story that needs to be told, one worthy enough to pass down to the generations. 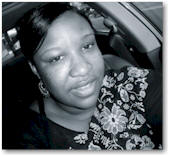 Jill Robinson
Jill Robinson is a marketing specialist who writes articles and fiction for adult and teen audiences. Her work has appeared in Dark Matter: Reading the Bones, ROLE CALL: A Generational Anthology of Social and Political Black Literature & Art, GenerationNeXt and Anansi: Fiction of the African Diaspora. The Cinnaminson, NJ native currently resides in Brooklyn , NY.