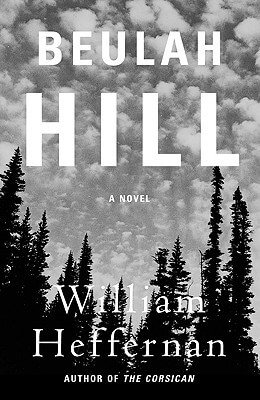 Read a Description of Beulah Hill

Riley Firman, the local bully, is found murdered, sitting against a tree on Beulah Hill, a location where the last black family, the Floods, of Jerusalem's Landing lives. Riley is discovered with stab wounds in his chest and his gutted insides sitting in his lap. The murder falls to the town's young constable, Samuel Bradley. Samuel is known in the town as ’bleached’ man, a term used for individuals who are three generations away from their last black ancestors; in Samuel's case his great grandmother Isabel. Samuel has to juggle several balls in the air: a murder investigation, the town's racial attitudes, his love for Elizabeth Flood, and coming to terms with his own self identity. It's one hell of an act if Samuel can keep all of those balls in the air, but can he? *eyebrow raised*

Beulah Hill is an ass wiper of a book! Not only is there a well constructed murder mystery, which even I could not guess who killed Riley Firman, but Heffernan brought the elements of race and racism to the story. Between the mystery and the racial conflicts is a richly detailed, smooth flowing, action packed narrative. The characters were all on point. Everything about the novel is utterly captivating.

By now you already know of my excitement about Jehiel Flood. Oh yeah, Jehiel Flood goes on the same plateau that Guy Johnson’s King Tremain, and the slave Cassius from David Fuller's Sweetsmoke occupies. Jehiel Flood is Elizabeth's father and is no joke. He and the town don't get along because Jehiel Flood has no fear in telling white people what he thinks of them, where they can go and what they can do for him when they get there. I'm in heaven. There's a scene when Jehiel and Preserved face off in the church that is a killer! *LOL* Jehiel Flood is simply unforgettable. I love him!

Heffernan's other true accomplishment is Samuel Bradley. Samuel has to fight a battle from within, coming to terms with his own identity and being a man. Heffernan unveiled Samuel's inner conflict with a perceptive insight, which struck subtle, realistic notes. Towards the middle of the novel, I realized Samuel was battling personal demons. It had been so gracefully integrated into the story; I almost took it for granted. Samuel goes through an awakening and then an acceptance. It was wonderful to witness this metamorphosis.

I thoroughly enjoyed Beulah Hill. I'm not going to lie, I was caught up. I certainly did not know that Vermont could be so lively. The novel unfolds like a movie. The murder mystery is truly a mystery. The characters, the town, are totally fascinating. The story flowed like mercury. I read the book over a time span of 2 days. I would have finished it sooner if I didn't have a job to go to. I hated to see it end. If you missed Beulah Hill like I did on the first go round, I strongly recommend you keep an eye out for it.