Book Review: Such A Pretty Face 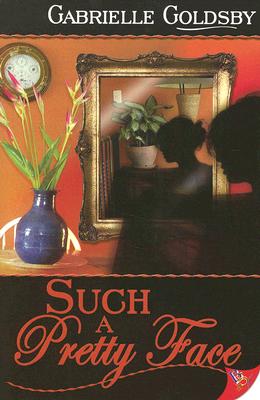 Read a Description of Such A Pretty Face

Mia Sanchez has issues. Her waistline is increasing. Her co-worker is jealous of her success and may be out to get her. And to top it off, her live-in girlfriend Brenda is going away on a five-month work assignment photographing beautiful women in bikinis. So begins the new novel from Portland author Gabrielle Goldsby (Wall of Silence).

don't feel too bad for our protagonist though. Sure there's the battle of the bulge and a disappearing lover to deal with but on the positive side she can confide in her assistant/friend Goody, who keeps the advice real and humorous. Mia has a family who loves her. Plus she's the highest paid stockbroker at her firm. And if that wasn't good enough, a burgeoning romance with a sexy blond construction worker named Ryan is on the horizon. But will Mia's obsession with her weight and her commitment to Brenda prevent her from enjoying time with the woman who just may be the love of her life?

’Such a Pretty Face,’ is a fairly decent read as far as love stories go. There is a certain amount of intrigue. The author makes us chuckle, especially a hilarious incident involving a family dinner, an ogling brother-in-law, and an airborne button. And she captures particular issues lesbians might face, such as the ambivalence that occurs when attempting to discover the sexual orientation of a woman to whom she is attracted as in the following passage:

Maybe she was warming toward me because she figured that I might be a lesbian, which would imply that she was a lesbian. The idea made my heart beat double time for exactly ten seconds before I made myself stop. Even if she was a lesbian, and even if she was, for some odd reason, interested, I wasn't available to explore whatever it was that zipped between us whenever our eyes met.

Goldsby has the mechanics of writing down to a science. The first line is dazzling enough to make you want to read more (’The moment she went down on me, I should have known she was telling me good-bye.’). Unfortunately as you read beyond the first few chapters, the dazzle fizzles as the storyline becomes just another predictable love story right down to its ending.

When I finished this novel, I wanted to feel like I had been a fly on the wall. Instead, ’Such a Pretty Face’ felt more like the author had narrated a PG-13, After School Special about self esteem. There's lots of telling and the story sounds like something we've all heard before. Goldsby plays it too safe and should learn to create more conflict if she wants to create a page-turner. For instance, the fact that Mia's love interest is conveniently a lesbian who is attracted to her, and the fact that everyone in her family is fine with her lifestyle choice made the story unexciting. Though it is a plausible story, and one that would probably make a better memoir, reading it in a novel is just boring. Great novels have conflict, and the lack of significant conflict in this one made the story a bit ho-hum for this reviewer. However, Goldsby is a solid enough writer that you’ll want to try subsequent works and she what she comes up with.

Read Bold Strokes Books’s description of Such A Pretty Face.