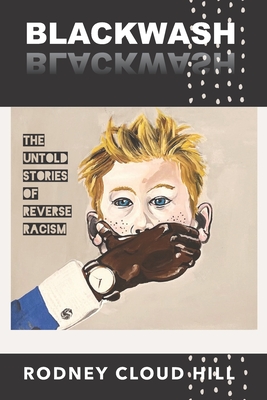 Read a Description of BlackWash: The Untold Stories of Reverse Racism

In the introduction to his latest work, Blackwash, Rodney Cloud Hill (also author of The Cloud Effect) notes the following:

This novel is…not intended to be offensive, spark hatred within its reader, or hopes for returning cruelty upon the dominant race. However, it is intended to form a new perspective that is warranted for the healing of this country as well as the rest of the world…This novel reverses the narrative of oppression and systemic racism, hoping to gain empathy by using satirical schemes from factual events enforced on the subjugated, both past and present. The rhetoric of this novel is precise to the rhetoric that has been given towards the oppressed groups, all while unveiling a curtain that has never been presented before in this manner…

And with that, Hill welcomes readers into a work of fiction based on historical facts, a work in which he adroitly flips the script—presenting racism in reverse. In this shift, the “dominant race” (Whites/Europeans) becomes the oppressed and the “inferior race” (Blacks/Africans) is now the oppressor. References, experiences, perspectives, and belief systems are flipped—hence, for example, the title Blackwash, instead of Whitewash. Names of individuals, places, events, laws, and so on, are altered to fit this fictional stage. However, the facts that shore up this imaginary scenario are only too real.

Blackwash comprises 14 chapters—including “First Contact,” “This is Shamerika” “Institutional Terrorism,” “Black Lies,” and “Lessons from Our Past”— through which Hill helps us “examine history from different perspectives and factual events.” He raises the following questions: What if the roles of whites and people of color in America’s history were switched? How can a better understanding of their nation’s past bring these groups to a more positive place in how they relate to each other today?

“First Contact” sets the stage for the flipped script: “Roughly 600 years ago, voyagers migrated from the continent of Africa…Chacha Cilombo was a Nigerian explorer who sought out to inhabit a new territory…In 1492 he stumbled across a region…This newly discovered territory, already inhabited…, was later named Shamerika…” Here, Europe is Africa, Christopher Columbus is Chacha Cilombo , and America is Shamerika. Undeniably, reading the flipped script requires careful attention—especially in the first couple of chapters as the reversed words and concepts, and the renamed terminologies are established.

In “This is Shamerika,” Hill highlights, among other things, “The Shamerikan Civil War,” the abolition of slavery, “the White Codes,” “…the beginning of mass incarceration for the European people,” the founding of “the Dark Doom Diplomats…the DDD organization,” while making it very clear that “Racism in Shamerika did not diminish when slavery ended.” In fact, given its history, and present-day realities, one could infer that Shamerika may be seen as Sham-erika, or even Shame-rika.

“Terrorism is defined as the unlawful use of violence and intimidation, especially against civilians, in the pursuit of political aims,” notes Hill in “Institutional Terrorism,” adding, “Shamerika has witnessed its fair share of terrorism, both by the ones who are supposed to protect the nation, as well as extremist individuals.” Here, he points to “the Tutsheti Experiments,” forced sterilization, “the War on Narcotics criminalization strategies,” “the NAAPP, ” “Dr. Maruf Luay Kirabo Jr.,” and more—emphasizing the brutal mistreatment of one group by another.

While “Black Lies” underscores the new era of subjugation that followed the end of slavery, as well as “the illusion of integration” that mocked notions of equality, “Lessons from Our Past” spotlights the generational impact of slavery and its aftermath. Ultimately, descendants of the formerly enslaved are left “combating symptoms and rarely recognizing the root.” As Hill maintains in his reverse narrative, “Until the root causes of systemic oppression and racism are addressed, the symptoms of Black supremacy will remain alive.” For him, the answer lies in education: “Education in Shamerika must be completely reestablished to include curriculum from perspectives other than African, and if that does not happen, Whites have to seek knowledge from sources outside of traditional school systems.”

Blackwash is not another history book covering issues of race in America. Refreshingly, it is a call to collective action. In a style designed to have the oppressor or “dominant race” walk a mile in the shoes of the oppressed or “inferior race,” it presents broad strokes of and some specific insights into the history of the relationship between whites and people of color in the United States. Then it suggests what needs to be done to stop the toxicity of racism, both here and abroad: “Love is the only way this planet will heal. Listening, experiencing, and having an understanding of others’ experiences, triumphs, struggles, and pain, is the future for creating a better societal condition for everyone…”

Indeed, it is Hill’s conviction—“I know the world is ready to heal from institutional racism and systemic oppression…”—and his warning— “My brothers and sisters do not be blind to the distractions in life, for which we are all connected…”—that give this work its soul.