Book Review: Felina’s Life and Loves: The Felix Women I 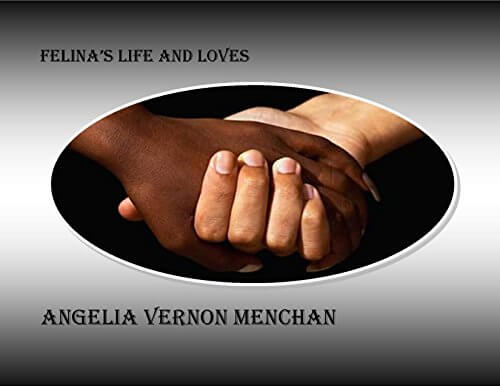 Read a Description of Felina’s Life and Loves: The Felix Women I 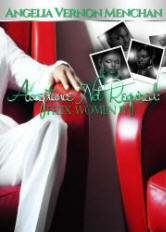 This author, Angelia Vernon Menchan has 141 titles on Kindle. Some of them are full novels as in the Cinnamon Black books and many are novellas or short stories that make up a particular series.

She has published 17 books since 2006, the first was Black’s Trilogy: Black’s Obsession. The next year she published Cinnamon’s Universe as book two in the trilogy under the pen name of Ac Vernon through her small publishing company, MAMM Productions. I first started reading her books with those first two books. I have been reading her work ever since.

What I find so unique about this author’s work is that she creates such powerful characters and such innovative storylines in each series that she introduces. She calls her work, “Fictionalized Truths, Ageless Fiction and Ramblings” centering on varying African American lifestyles that everyone can relate to. She tells positive stories about Black people. 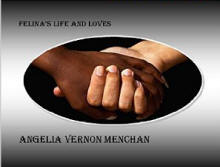 Her latest series is The Felix Women and in the first book, we meet Felina Felix and her mother Arabella Felix. In this first installement, the lovely Felina Felix meets Scott Bradshaw, an entrepreneur who markets health and spa luxuries to a multicultural clientle. He falls hard for Felina and she really likes him; but she knows her mother would never accept a man who was not African American. There lies the conflict.

Her mother, Arabella is just as lovely as her school teacher daughter. A lawyer, Arabella has spent her adult life defending African American men who she felt were unfairly treated by the criminal justice system. After losing her husband and Felina’s father, Phoenix Felix to the system, she is very protective of black men and justice. Phoenix was the the true love of Arabella’s life. His ideals and his revolutionary spirit had driven him throughout their marriage. Twenty years before, when Felina was just ten years old, he had died under suspicious circumstnces. Arabella had poured herself into raising her daughter and defending young black men who were being denied their rights. 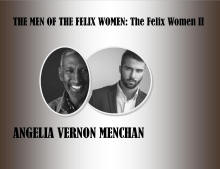 The Men of the Felix the Women: The Felix Women II
Click to order via Amazon
Print Length: 46 pages (August 4, 2014)

In the second book of the series; The Men of the Felix Women the reader learns more about Scott and his intentions. For forty years, her husband’s best friend and confident, Juan has carried a torch for Arabella, unbeknownst to her. Finally; he makes his feelings known to Arabella and they begin a relationship. This is her first relationship since she became a widow.

The first two books are full of passion and desire. A romantic storyline ensues which the author has coined “multicultural romance”. This mother and daughter duo are very beautiful, very cultured, intelligent, strong Black women. Both Scott and Juan, though enamoured by them, have really met their match. You wonder if they both have bitten off more than they can chew. Felina and Arbella are two amazing women. 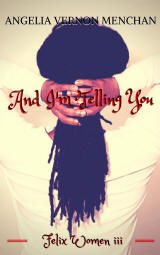 And I Am Telling You: The Felix Women III
Click to order via Amazon
Print Length: 58 pages(September 5, 2014)

And I Am Telling You, Book III and Acceptance Not Required, Book IV brings the love stories of Felina and Arabella, full circle. You will just love these two women and the men who love them. As Felina comes into her own “grown woman” and Arabella decides to retire and give life and love a second chance the complexities of both of their personalities, evolving makes for a really good story.

This author is very good at building unusual characters and she has a knack for pacing a story with just the right rhythmn. This series is no different. She keeps you guessing from one chapter to another and the reader is prone to want the next book as soon as they finish the last one.

The newest installment in the series is a prequel. Phoenix and Arabella is Book V and it is the back story of the series giving the reader the goods on how Arabella and Phoenix met, married and developed a life together while raising their young daughter and only child, Felina. This book also depicts the untimely death of Phoenix and how Arabella and Felina got to where they are now. 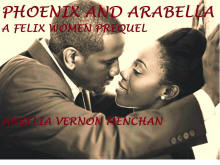 I can not wait for the next book in this series. Though short; the novellas are full of good characterization and the storyline is pregnant with possiblities. These books make perfect e-books as they give the reader instant gratification!

You won’t be disappointed by Angelia’s stories. This author is a born storyteller and she writes as she breathes, a real “write or die chick”, as she calls herself. Give this author a try. She is an author who is truly dedicated to her cult following of readers.