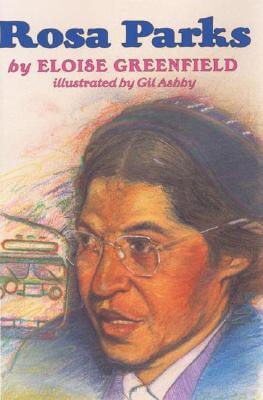 Read a Description of Rosa Parks

Book Description:
Moment of TruthWhen Rosa Parks was growing up in Montgomery, Alabama, she hated the unfair rules that black people had to live by — like drinking out of special water fountains and riding in the back of the bus. Years later, Rosa Parks changed the lives of African American in Montgomery — and all across America — with one courageous act. On a December evening in 1955, Rosa Parks refused to give up her bus seat to a white passenger. She was arrested and put in jail. But Rosa Parks fought back, along with many other African Americans. After a long struggle, their heroic efforts launched the modern Civil Rights Movement. How could one quiet, gentle woman have started it all? This is her story.