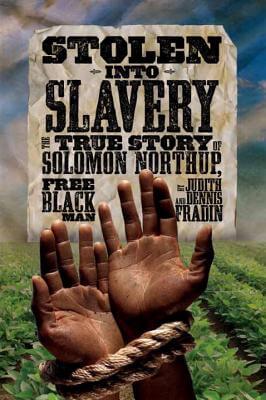 Read a Description of Stolen into Slavery: The True Story of Solomon Northup, Free Black Man

Book Description:
The true story behind the acclaimed movie 12 Years a Slave, this book is based on the life of Solomon Northup, a free black man from New York who was captured in the United States and sold into slavery in Louisiana. Solomon Northup awoke in the middle of the night with his body trembling. Slowly, he realized that he was handcuffed in a dark room and his feet were chained to the floor. He managed to slip his hand into his pocket to look for his free papers that proved he was one of 400,000 free blacks in a nation where 2.5 million other African Americans were slaves. They were gone. This remarkable story follows Northup through his 12 years of bondage as a man kidnapped into slavery, enduring the hardships of slave life in Louisiana. But the tale also has a remarkable ending. Northup is rescued from his master’s cotton plantation in the deep South by friends in New York. This is a compelling tale that looks into a little known slice of history, sure to rivet young readers and adults alike. 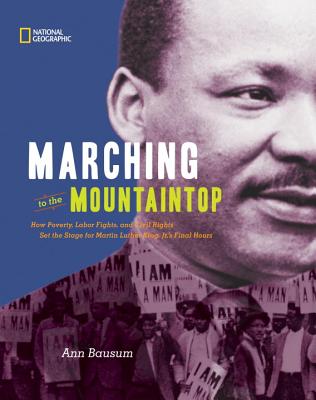 Read a Description of Marching to the Mountaintop: How Poverty, Labor Fights and Civil Rights Set the Stage for Martin Luther King Jr’s Final Hours

Book Description:
In early 1968 the grisly on-the-job deaths of two African-American sanitation workers in Memphis, Tennessee, prompted an extended strike by that city’s segregated force of trash collectors. Workers sought union protection, higher wages, improved safety, and the integration of their work force. Their work stoppage became a part of the larger civil rights movement and drew an impressive array of national movement leaders to Memphis, including, on more than one occasion, Dr. Martin Luther King, Jr.

King added his voice to the struggle in what became the final speech of his life. His assassination in Memphis on April 4 not only sparked protests and violence throughout America; it helped force the acceptance of worker demands in Memphis. The sanitation strike ended eight days after King’s death.

The connection between the Memphis sanitation strike and King’s death has not received the emphasis it deserves, especially for younger readers. Marching to the Mountaintop explores how the media, politics, the Civil Rights Movement, and labor protests all converged to set the scene for one of King’s greatest speeches and for his tragic death.

Book Description:
Zora and Langston. Billie and Bessie. Eubie and Duke. If the Harlem Renaissance had a court, they were its kings and queens. But there were other, lesser known individuals whose contributions were just as impactful, such as Florence Mills. Born to parents who were former-slaves Florence knew early on that she loved to sing. And that people really responded to her sweet, bird-like voice. Her dancing and singing catapulted her all the way to the stages of 1920s Broadway where she inspired songs and even entire plays! Yet with all this success, she knew firsthand how bigotry shaped her world. And when she was offered the role of a lifetime from Ziegfeld himself, she chose to support all-black musicals instead.

Fans of When Marian Sang and Ella Fitzgerald: The Tale of a Vocal Virtuosa will jump at the chance to discover another talented performer whose voice transcended and transformed the circumstances society placed on her. 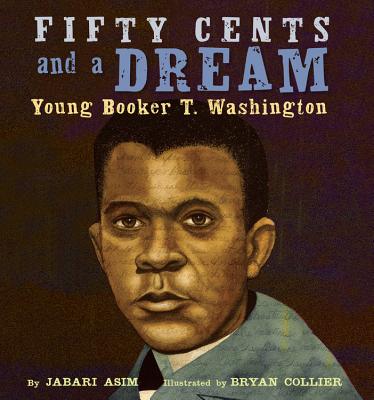 Read a Description of Fifty Cents And A Dream: Young Booker T. Washington

Born into slavery, young Booker T. Washington could only dream of learning to read and write. After emancipation, Booker began a five-hundred-mile journey, mostly on foot, to Hampton Institute, taking his first of many steps towards a college degree. When he arrived, he had just fifty cents in his pocket and a dream about to come true. The young slave who once waited outside of the schoolhouse would one day become a legendary educator of freedmen.

Award-winning artist Bryan Collier captures the hardship and the spirit of one of the most inspiring figures in American history, bringing to life Booker T. Washington’s journey to learn, to read, and to realize a dream.