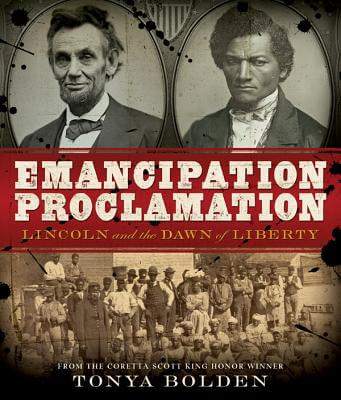 Emancipation Proclamation: Lincoln And The Dawn Of Liberty
by Tonya Bolden

Read a Description of Emancipation Proclamation: Lincoln And The Dawn Of Liberty

"The language soars, powerfully communicating not just the facts about the Emancipation Proclamation but its meaning for those who cared most passionately."
—Booklist, starred review

"Bolden tackles these questions in a richly illustrated overview of the lead-up to the Proclamation, organizing and reiterating information already familiar to many middle-schoolers, while introducing material that will probably be eye-opening to students who have taken their textbook’s version of history at face value."
—The Bulletin of the Center for Children’s Books, starred review 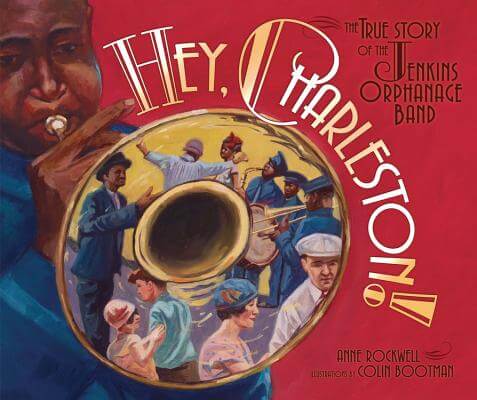 Read a Description of Hey, Charleston!: The True Story of the Jenkins Orphanage Band

Book Description:
”What happened when a former slave took beat-up old instruments and gave them to a bunch of orphans? Thousands of futures got a little brighter and a great American art form was born.

In 1891, Reverend Daniel Joseph Jenkins opened his orphanage in Charleston, South Carolina. He soon had hundreds of children and needed a way to support them. Jenkins asked townspeople to donate old band instruments ”some of which had last played in the hands of Confederate soldiers in the Civil War. He found teachers to show the kids how to play. Soon the orphanage had a band. And what a band it was.

The Jenkins Orphanage Band caused a sensation on the streets of Charleston. People called the band’s style of music “”rag”” ”a rhythm inspired by the African-American people who lived on the South Carolina and Georgia coast. The children performed as far away as Paris and London, and they earned enough money to support the orphanage that still exists today. They also helped launch the music we now know as jazz.

Hey, Charleston! is the story of the kind man who gave America “”some rag”” and so much more.”