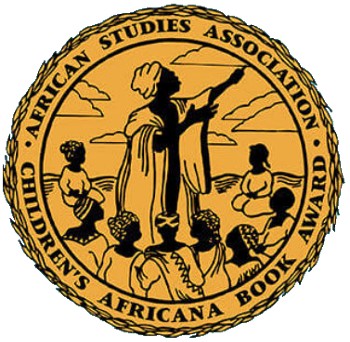 Born a Crime: Stories from a South African Childhood
by Trevor Noah

Read a Description of Born a Crime: Stories from a South African Childhood

Book Description:
#1NEW YORK TIMES BESTSELLER •The compelling, inspiring, and comically sublime story of one man’s coming-of-age, set during the twilight of apartheid and the tumultuous days of freedom that followed

NAMED ONE OF THE BEST BOOKS OF THE YEAR BY
Michiko Kakutani, New York Times • Newsday • Esquire • NPR • Booklist

Trevor Noah’s unlikely path from apartheid South Africa to the desk of The Daily Show began with a criminal act: his birth. Trevor was born to a white Swiss father and a black Xhosa mother at a time when such a union was punishable by five years in prison. Living proof of his parents’ indiscretion, Trevor was kept mostly indoors for the earliest years of his life, bound by the extreme and often absurd measures his mother took to hide him from a government that could, at any moment, steal him away. Finally liberated by the end of South Africa’s tyrannical white rule, Trevor and his mother set forth on a grand adventure, living openly and freely and embracing the opportunities won by a centuries-long struggle.

Born a Crime is the story of a mischievous young boy who grows into a restless young man as he struggles to find himself in a world where he was never supposed to exist. It is also the story of that young man’s relationship with his fearless, rebellious, and fervently religious mother—his teammate, a woman determined to save her son from the cycle of poverty, violence, and abuse that would ultimately threaten her own life.

The stories collected here are by turns hilarious, dramatic, and deeply affecting. Whether subsisting on caterpillars for dinner during hard times, being thrown from a moving car during an attempted kidnapping, or just trying to survive the life-and-death pitfalls of dating in high school, Trevor illuminates his curious world with an incisive wit and unflinching honesty. His stories weave together to form a moving and searingly funny portrait of a boy making his way through a damaged world in a dangerous time, armed only with a keen sense of humor and a mother’s unconventional, unconditional love.

Praise for Born a Crime

“[A] compelling new memoir . . . By turns alarming, sad and funny, [Trevor Noah’s] book provides a harrowing look, through the prism of Mr. Noah’s family, at life in South Africa under apartheid. . . . Born a Crime is not just an unnerving account of growing up in South Africa under apartheid, but a love letter to the author’s remarkable mother.”—Michiko Kakutani, The New York Times

“What makesBorn a Crimesuch a soul-nourishing pleasure, even with all its darker edges and perilous turns, is reading Noah recount in brisk, warmly conversational prose how he learned to negotiate his way through the bullying and ostracism. . . . What also helped was having a mother like Patricia Nombuyiselo Noah. . . . ConsiderBorn a Crimeanother such gift to her—and an enormous gift to the rest of us.”—USA Today

“[Noah] thrives with the help of his astonishingly fearless mother. . . . Their fierce bond makes this story soar.”—People

“[Noah’s] electrifying memoir sparkles with funny stories . . . and his candid and compassionate essays deepen our perception of the complexities of race, gender, and class.”—Booklist(starred review)

“A gritty memoir . . . studded with insight and provocative social criticism . . . with flashes of brilliant storytelling and acute observations.”—Kirkus Reviews

Children of Blood and Bone
by Tomi Adeyemi

Read a Description of Children of Blood and Bone

The first book in a trilogu, In Children of Blood and Bone (Legacy of Orïsha) Tomi Adeyemi conjures a stunning world of dark magic and danger in her West African-inspired fantasy debut, perfect for fans of Leigh Bardugo and Sabaa Tahir..

They killed my mother.
They took our magic.
They tried to bury us.
Now we rise.

But everything changed the night magic disappeared. Under the orders of a ruthless king, maji were killed, leaving Zélie without a mother and her people without hope.

Now Zélie has one chance to bring back magic and strike against the monarchy. With the help of a rogue princess, Zélie must outwit and outrun the crown prince, who is hell-bent on eradicating magic for good.

Danger lurks in Orsha, where snow leoponaires prowl and vengeful spirits wait in the waters. Yet the greatest danger may be Zélie herself as she struggles to control her powersand her growing feelings for an enemy. 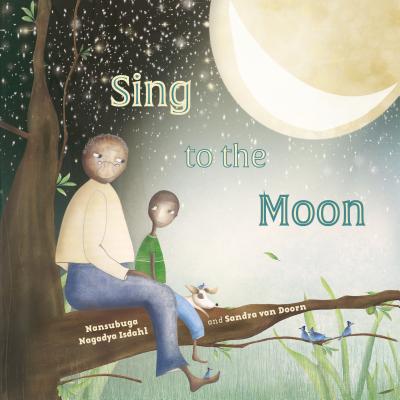 Read a Description of Sing to the Moon

Book Description:
For one little Ugandan boy, no wish is too big. First he dreams of reaching the stars and then of riding a supernova straight to Mars. But on a rainy day at his grandfather’s house, he is brought down to earth with a bump. Do adventures only happen in galaxies far away or can he find magic a little closer to home? A touching story of a grandfather’s love for his grandson and the quiet pleasures of a rainy day. 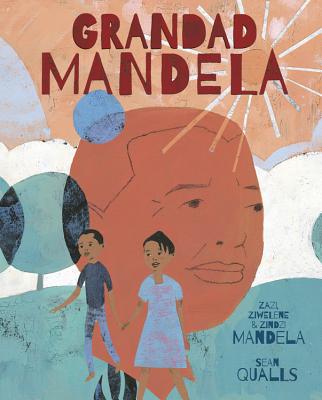 Read a Description of Grandad Mandela

Nelson Mandela’s two great-grandchildren ask their grandmother, Mandela’s youngest daughter, 15 questions about their grandad the global icon of peace and forgiveness who spent 27 years in prison. They learn that he was a freedom fighter who put down his weapons for the sake of peace, and who then became the President of South Africa and a Nobel Peace Prize-winner, and realise that they can continue his legacy in the world today. Seen through a child’s perspective, and authored jointly by Nelson Mandela’sgreat-grandchildren and daughter, this amazing story is told as never before to celebrate what would have been Nelson’s Mandela 100th birthday. 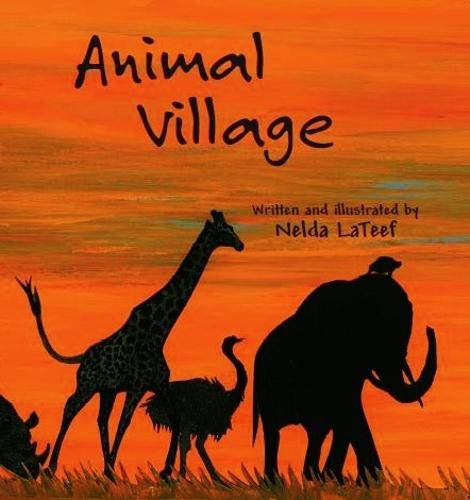 Read a Description of Animal Village

Animal Village, a children’s picture book, is an authentic folk tale from the Zarma culture of West Africa about a tortoise who saves her village from the ravages of drought with wisdom passed down from an “old story.” Nelda LaTeef’s colorful and strikingly brilliant montage of illustrations, in acrylic and collage, captures the richness and vibrancy of the sub-Saharan culture from which the story springs.

The story is especially relevant to sub-Saharan Africa as it focuses on the devastation of drought and the importance of received knowledge. With its dual themes of wisdom and grit, the book happily entertains while it teaches the importance of hard work and persistence as keys to success. 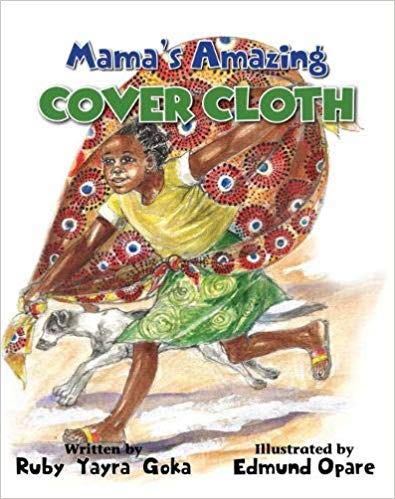 Do you know that the African woman’s cover cloth has many uses? In this delightful book that young children will enjoy, a little girl shares the many uses of her mother’s amazing cover cloth. 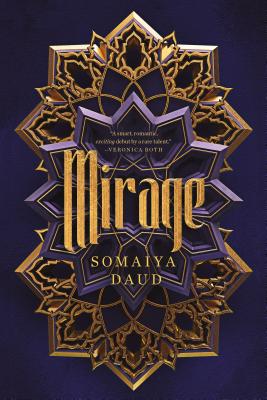 Read a Description of Mirage

"A refreshing and unique coming-of-age story…a beautiful and necessary meditation on finding strength in one’s culture." —Entertainment Weekly, Top Pick of the Month

"A YA marvel that will shock breath into your lungs. If you loved The Wrath and the Dawn and Children of Blood and Bone, Mirage will captivate you." —The Christian Science Monitor

"This debut fantasy has what it takes to be the next big thing in sci-fi/fantasy." —SLJ, starred review

In a world dominated by the brutal Vathek empire, eighteen-year-old Amani is a dreamer. She dreams of what life was like before the occupation; she dreams of writing poetry like the old-world poems she adores; she dreams of receiving a sign from Dihya that one day, she, too, will have adventure, and travel beyond her isolated home.

But when adventure comes for Amani, it is not what she expects: she is kidnapped by the regime and taken in secret to the royal palace, where she discovers that she is nearly identical to the cruel half-Vathek Princess Maram. The princess is so hated by her conquered people that she requires a body double, someone to appear in public as Maram, ready to die in her place.

As Amani is forced into her new role, she can’t help but enjoy the palace’s beauty—and her time with the princess’ fianc?, Idris. But the glitter of the royal court belies a world of violence and fear. If Amani ever wishes to see her family again, she must play the princess to perfection…because one wrong move could lead to her death. 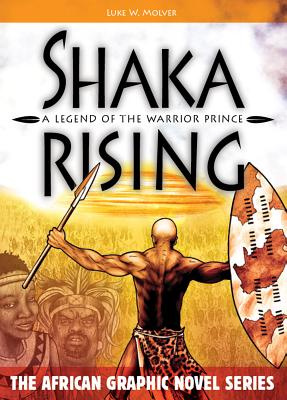 Shaka Rising: A Legend of the Warrior Prince
by Luke W. Molver

Read a Description of Shaka Rising: A Legend of the Warrior Prince

“In a land beset by political turmoil and bloody conflict comes the epic saga of Shaka. Ousted by one of his chief father’s jealous wives and raised in exile, his destiny is sealed through allegiance to a rival chief. Responding to threats from expanding slave trade in southern Africa, Shaka consolidates a new kingdom through warfare, mediation, and shrewd diplomacy. A 2019 Children’s Africana Book Awards Honor Book for Older Readers.

A worthy introduction that offers a young Anglophone audience entry into a legend of Africa without the annoyance of overtranslation and with refreshingly three-dimensional characters.” —Kirkus