2 Books Honored by the National Book Foundation in 2002 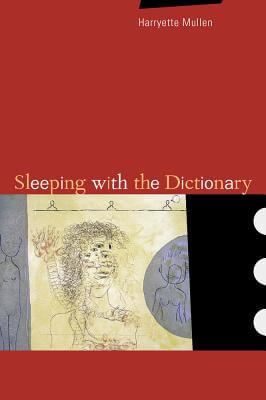 Sleeping with the Dictionary (New California Poetry)
by Harryette Mullen

Read a Description of Sleeping with the Dictionary (New California Poetry)

Book Description:
Harryette Mullen’s fifth poetry collection, Sleeping with the Dictionary, is the abecedarian offspring of her collaboration with two of the poet’s most seductive writing partners, Roget’s Thesaurus and The American Heritage Dictionary. In her ménage trois with these faithful companions, the poet is aware that while Roget seems obsessed with categories and hierarchies, the American Heritage, whatever its faults, was compiled with the assistance of a democratic usage panel that included black poets Langston Hughes and Arna Bontemps, as well as feminist author and editor Gloria Steinem. With its arbitrary yet determinant alphabetical arrangement, its gleeful pursuit of the ludic pleasure of word games (acrostic, anagram, homophone, parody, pun), as well as its reflections on the politics of language and dialect, Mullen’s work is serious play. A number of the poems are inspired or influenced by a technique of the international literary avant-garde group Oulipo, a dictionary game called S+7 or N+7. This method of textual transformation—which is used to compose nonsensical travesties reminiscent of Lewis Carroll’s "Jabberwocky"—also creates a kind of automatic poetic discourse.

Mullen’s parodies reconceive the African American’s relation to the English language and Anglophone writing, through textual reproduction, recombining the genetic structure of texts from the Shakespearean sonnet and the fairy tale to airline safety instructions and unsolicited mail. The poet admits to being "licked all over by the English tongue," and the title of this book may remind readers that an intimate partner who also gives language lessons is called, euphemistically, a "pillow dictionary." 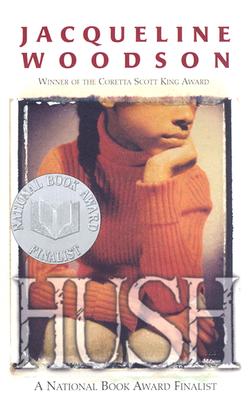 Read a Description of Hush

Book Description:
Toswiah Green’s life ended the moment her policeman father decided to testify against a fellow officer. The Greens have had to change their identities and move to a different city. Now Toswiah is Evie Thomas, and that is the least of the changes. Her defeated father spends his days sitting by the window. Since her mother can no longer work as a teacher, she puts her energy into their new church. Her only sister is making secret plans to leave. And Evie, struggling to find her way, wonders who she is now and how she can make her future as bright as her past once was.