One Book Honored by the National Book Foundation in 2005 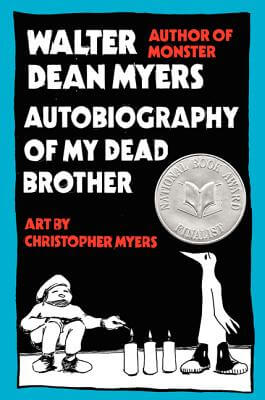 Autobiography of My Dead Brother
by Walter Dean Myers

Read a Description of Autobiography of My Dead Brother

Book Description:
The thing was that me and Rise were blood brothers, but sometimes I really didn’t know him. . . .As Jesse fills his sketchbook with drawings and portraits of Rise, he tries to make sense of the complexities of friendship, loyalty, and loss in a neighborhood plagued by drive-bys, vicious gangs, and abusive cops.