4 Books Honored by the National Book Foundation in 2013 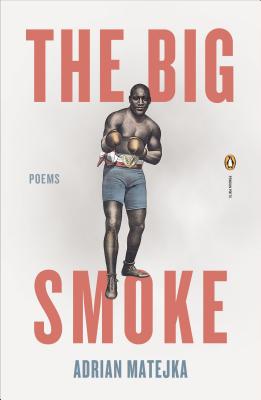 Read a Description of The Big Smoke (Poets, Penguin)

Book Description:
Winner of the Anisfield-Wolf Award and finalist for the Pulitzer Prize in Poetry and the National Book Award in Poetry—a collection that examines the myth and history of the prizefighter Jack Johnson
The legendary Jack Johnson (1878-1946) was a true American creation. The child of emancipated slaves, he overcame the violent segregationism of Jim Crow, challenging white boxers—and white America—to become the first African-American heavyweight world champion. The Big Smoke, Adrian Matejka’s third work of poetry, follows the fighter’s journey from poverty to the most coveted title in sports through the multi-layered voices of Johnson and the white women he brazenly loved. Matejka’s book is part historic reclamation and part interrogation of Johnson’s complicated legacy, one that often misremembers the magnetic man behind the myth.

Bury My Clothes
by Roger Bonair-Agard

Read a Description of Bury My Clothes

Book Description:
Bury My Clothes, a finalist for the 2013 National Book Award for poetry, is a meditation on violence, race, and the place in art at which they intersect. Art?specifically in oppressed communities?is about survival, Roger Bonair-Agard asserts, and establishing personhood in a world that says you have none. Through poetry, we transform both the world of art and the world itself.

Roger Bonair-Agard is a Cave Canem fellow, two-time National Poetry Slam Champion, and author of Tarnish and Masquerade and Gully. He has appeared three times on HBO’s Def Poetry Jam and is Co-founder and Artistic Director of the LouderARTS Project in New York. 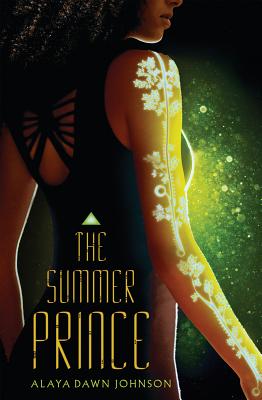 Read a Description of The Summer Prince

The lush city of Palmares Tres shimmers with tech and tradition, with screaming gossip casters and practiced politicians. In the midst of this vibrant metropolis, June Costa creates art that’s sure to make her legendary. But her dreams of fame become something more when she meets Enki, the bold new Summer King. The whole city falls in love with him (including June’s best friend, Gil). But June sees more to Enki than amber eyes and a lethal samba. She sees a fellow artist.

Together, June and Enki will stage explosive, dramatic projects that Palmares Tres will never forget. They will add fuel to a growing rebellion against the government’s strict limits on new tech. And June will fall deeply, unfortunately in love with Enki. Because like all Summer Kings before him, Enki is destined to die.

Pulsing with the beat of futuristic Brazil, burning with the passions of its characters, and overflowing with ideas, this fiery novel will leave you eager for more from Alaya Dawn Johnson.