One Book Selected for Oprah’s Book Club in 2020 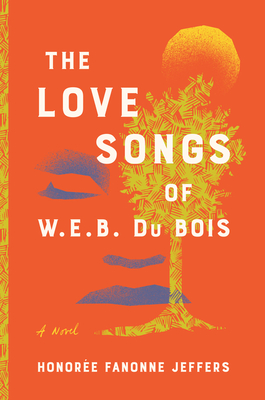 Read a Description of The Love Songs of W.E.B. Du Bois


I was so enraptured by the story of this modern Black family, and how author Honorée Fanonne Jeffers wove the larger fabric of historical trauma through the family’s silence through generations…”—Oprah Winfrey, Announcing The Love Songs of W.E.B. Du Bois as the Next Oprah’s Book Club Selection

The Love Songs of W.E.B. Du Bois, the ambitious and uncompromising debut novel from National Book Award-nominated poet Honorée Fanonne Jeffers, takes readers into the intimate lives of Black and Indigenous women who have fought racism and sexism to weave their experiences into America’s larger tapestry. Fashioning a microcosm of our fraught national history, Jeffers crafts a complex narrative of forced accommodation, courageous resistance, and resilience, as she deftly chronicles the journey of one American family through centuries—from the white appropriation of native lands to the African slave trade, from the Civil War to the Civil Rights Movement and beyond. Jeffers frames her wholly original narrative with “Sorrow Songs”—a term borrowed from W.E.B. Dubois: ancestral memories that unfold as beautifully-rendered, almost mythic tales.

The novel centers on Ailey Pearl Garfield as she pushes against the expectations of her African American middle-class upbringing. On the path to fulfilling her family’s wish for her to become a doctor, Ailey attends an historically Black college in Georgia, not far from the rural homestead where her ancestors were once enslaved. Ailey straddles the present and the past as she reconnects with this side of her heritage, whose traditions clash with those of her imperious, light-skinned paternal grandmother, to whom skin tone is paramount. As Ailey struggles to learn who she is and what she wants, she must reckon with the complicated racial history that has shaped her family, uncovering buried truths about her ancestors—both invigorating and difficult.

In creating this world, Jeffers has drawn on stories from her own family. Remembering childhood summers spent in Georgia with her grandmother, she recalls, “I wasn’t a child who played well with others. I preferred to sit still in corners and eavesdrop on elder relatives. I first learned of slavery and lynching, and the difficult history of this country not from books, but from eavesdropping on old, Black folks. After I became a creative writing major, I kept returning to the ancestral land of my mother and grandmother, and I began writing about a southern, Black family that had survived the horrors of historical racism and white supremacy.”