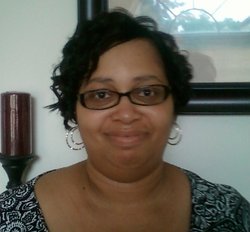 Late last year I talked to two authors Carl Weber and Toni Lee who both underscored the importance of having a good villain in their work. Yet while reading Anika Malone’s new book Ten Minutes Past Too Late I was never sure of which character I was supposed to hate and who I was rooting for. And just when I thought I’d figured out who the good guys were, they’d screw up. And that was the beauty of the work, just like life, it was anything but neat.

The main character, Lisa Monroe, is conceited, self-centered, domineering, unfaithful and just "plain evil" as described by her sister Natasha, yet at the same time she’s very likeable and her misadventures will keep you rapidly turning the pages until the very end.

In a recent interview Malone told Writersandpoets.com that she’s been writing practically all of her life. In the 9th grade she used to write short stories and then pass them around to friends, but it wasn’t until recently that she got serious about making a living as a writer.

"I decided that I didn’t want to work in corporate America anymore," said the one time administrative assistant who now spends most of her days promoting her self-published book while working part-time.

Malone, like many other first time authors decided to self publish 10 Minutes Past Too Late after being turned away by literary agents who told her that they had reached their quota of African American novels. So after doing some research and looking at the careers of Karen Quinones Miller and Tracy Price-Thompson who first self published Satin Doll and Black Coffee before signing with Simon and Schuster and Random House respectively, Malone decided to throw her hat into the self-publishing ring.

"I’ve found that readers don’t care if a book is self-published or not," she said. They’re just looking for something good to read." However many bookstores have a different perspective. At first Malone says she had a difficult time getting shelf space, not only because the book was self published but also because she decided to go "print on demand." Nevertheless Malone said she’d keep calling the stores re-introducing her book over and over again. "It was basically about being a pest," she said "you know making sure I was on their minds." Now enthusiastic readers are spreading the word and ordering the book, so as time moves on it gets easier. Also RAWSISTAZ.com chose 10 Minutes Past Too Late as one of the best self-published novels of 2001.

To write 10 Minutes Past Too Late Malone sat down at the computer armed with a book called "Get that Novel Written" and a love of legal dramas. In two months she was able to get a first draft of what would become an engaging story of a tough as nails lawyer who is torn between two men. Editing the book took an additional year. Malone’s own reading tastes run the gamut from Stephen King to Sandra Brown. "When I read, I want to be swept into another world," she said.

The Brooklyn native who now resides in Charlotte, North Carolina says the sales of her book are the highest in the north, but she’s gaining ground on the West Coast. Malone initially published in May of 2001 and when we first spoke later that same year, she had sold close to 1,200 books. As of this spring the number had risen to 2,500 copies. "I’m still selling books," she said and added that it takes a great deal of time and perseverance.

In Florida Malone teamed up with other self-published authors to tour several bookstores. Of her relationship with other writers Malone said, "there’s a lot of bonding and networking at fairs. We keep in contact."

10 Minutes Past Too Late has received several good endorsements from other writers and Malone credits her sister Aisha, who is the publicist for the book, for getting the word out. "When my sister first started sending out the book, I was afraid that no one would like it." Malone said. "When we’d get a response, I would close my eyes and say okay, you can read it to me now."

But she had nothing to fear, Malone found that not only were other writers willing to endorse her book, they also provided her with much needed advice. This assistance came with one condition, since they had taken the time to read and critique her book, she must then help the next writer.

The piece of publishing insight that Malone likes to give is that every opinion is subjective and that writers must believe strongly in their work. "If you don’t you’ll begin to question yourself," she said.

Malone admits to having some doubts of her own from time to time. "I’ve wondered sometimes, if I should have waited," she said referring to the new African American imprints that have sprung up since she decided to self-publish.

"But I am having fun. It’s uplifting to see your sales go up, when people know your name. This is a learning experience and I wouldn’t have done it any other way," she said.

Currently Malone is still hard at work touring and promoting. In the future she plans to visit Memphis, Chicago and Atlanta. Also she’s finalizing a mini tour of her old stomping grounds here in the New York area.