Attorney for the Brown Family Responds to Shooting of Police in Ferguson, MO
Ben Crump Interviewed by Kam Williams

Ben Crump is the attorney of record in many high-profile, civil rights cases, most notably representing the families of Trayvon Martin, Michael Brown and Tamir Rice, the 12 year-old boy shot by a Cleveland, Ohio police officer a second after he got out of his patrol car. 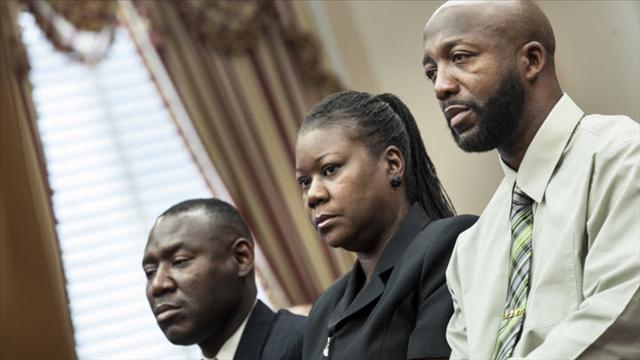 Kam Williams: Hi Ben, I appreciate the time. I know how busy you are.

KW: What is your response to the recent shooting of the two police officers in Ferguson, Missouri?

BC: Together with the Brown family, I condemn the shootings and make an immediate appeal for nonviolence, as we have from the inception of this movement. The heinous act of this individual does not reflect or forward the peaceful and non- violent movement that has emerged in our nation to confront police brutality and to ensure equality for all people. An act of violence against any innocent person eludes moral justification, disgraces the millions of Americans and people throughout the world who have united in peaceful protest against police brutality, and dishonors our proud inheritance of nonviolent resistance. We support the imposition of the full extent of the law on the perpetrator, and our prayers are with the officers and their families.

KW: What do you make of Attorney General Holder’s recently declining to indict Officer Darren Wilson for the shooting of Michael Brown?

BC: I just think that the Department of Justice has to stop sanitizing all these killings of unarmed people of color. When you look at the Justice Department’s report talking about the Ferguson Police Department’s rampant pattern of discrimination and its excessive use of force against African-American citizens, it’s hard to try to rationalize how this cesspool of racism doesn’t spill over onto the individual officers.

For instance, Sergeant Mudd, the first officer on the scene after Darren Wilson killed Michael Brown. He was Wilson’s mentor and supervisor. He was one of the primary witnesses and main advocates for Darren Wilson in front of the grand jury. We now know that this was the individual who sent the racist email that was repeatedly forwarded around the Ferguson Police Department saying that Crimestoppers paid a black woman $3,000 to get an abortion. So you have this cesspool of racism, yet they’re trying to suggest that it’s not going to affect individual officers.

The Attorney General says that you have this high standard that you have to show that at the time of the shooting the individual was thinking hateful or racist thoughts. That’s an almost impossible standard. It should be enough to show implicit bias, given all the attendant circumstances. If there’s a pattern and practice of discrimination and excessive force, you should be able to hold these officers accountable for killing unarmed citizens. The reason I say that, Kam, is because, if there are no real consequences for their actions, we won’t get any different results. We need real consequences to get real results. There’s no deterrent to these officers’ behavior when they continue to see the local and federal governments under the Obama Administration sanitizing the killings of unarmed black and brown people.

KW: Holder’s also just announced that there will be no arrest of George Zimmerman for violating the civil rights of Trayvon Martin. That shocked me because everyone heard the recording of the 911 operator ordering Zimmerman to stay in his car and to wait for the police to arrive. But he ignored the instructions and killed an innocent teen innocently walking down the street, just yards from home. And even that’s not considered a violation of the child’s rights? How insane is that?

BC: Absolutely! We keep seeing a reoccurrence of their sanitizing these killings. It almost encourages people to conclude that they did nothing wrong, since the government didn’t press any charges. We’ve got to somehow send a message to deter this conduct. Otherwise, we’re going to see it over and over and over again. It’s becoming almost like an epidemic.

KW: No kidding. Just since you and I last spoke, we’ve had police shootings of Jerome Reid getting out of a car with his hands up in New Jersey, a homeless man in Los Angeles, 19 year-old Tony Robinson in Madison, Wisconsin, and Antonio Zambrano-Montes in Spokane, Washington.

KW: Great! And there’s also Sureshbhai Patel, an elderly tourist from India who was left paralyzed by a cop in Alabama who thought he was a black man prowling around a white neighborhood. These incidents are happening about once a week now. What about the Tamir Rice case? The chief of police in Cleveland is a black man, so I was stunned when the city said the boy’s death was directly caused by his own acts, not by police officer Timothy Loehmann. How did you react to that conclusion?

BC: It was literally shocking that, based on what we see in that surveillance video, this 12 year-old child could be called responsible for his own death because he wasn’t being careful, versus what we see and know happened there; how these officers violated all their procedures, training and department regulations, and drove up to the scene recklessly in a way which escalated the situation. Tamir Rice was killed in less than one second which was totally disrespectful. And the pattern of disrespect continued when his 14 year-old sister ran up crying, “You killed my baby brother!” Instead of showing her any compassion, they tackled her, handcuffed her, manhandled her, dragged her through the snow and threw her into the back of the police car where she had to sit helplessly 4 to 5 feet away from where her brother lay kicking as he died.

As if that wasn’t bad enough, the pattern of disrespect continued with how they treated their mother when she arrived. They told her she could either get in the police car with her daughter to go to the station or get in the ambulance to go to the hospital with her son. And now the pattern of disrespect to the Rice family continues with blaming Tamir for his own death in the answer to the complaint of wrongful death we filed. That was shocking and sends a loud message not only to the people of Cleveland but to people all over America.

KW: I’d also like to know how you feel about the video that surfaced of that Oklahoma fraternity singing that racist song on the bus. 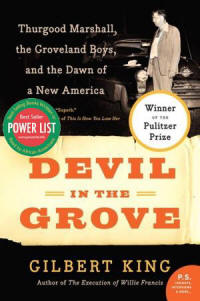 BC: They may kick the fraternity off campus, but the thing that’s so unfortunate is that, no matter what they do, those students still felt it was okay to say what they said. So, you can’t help but wonder whether that’s how they really feel in their hearts. It reminded me of my personal hero, Thurgood Marshall. I’m reading Gilbert King’s Pulitzer Prize-winning book about the Groveland, Florida rape cases called Devil in the Grove.

In it, he talks about Marshall, saying he had two fears. First, how big a celebration there was going to be the day racists lynched him and hung him from a tree. But his second and worst fear, after seeing so many young children in pictures of lynchings, was knowing that one day they would grow up to be running society. And that’s what I thought about watching the video on that bus. That in 20 years or so, those fraternity and sorority members will be running corporations, city governments and other institutions. And I wondered, what will their mentality be like? How does this bode for the future?

BC: Thanks so much Kam. Call anytime.