Reviewed by Kam Williams
Very Good (3 Stars out of 4)

Solomon Northup (Chiwetel Ejiofor) was a black man born free in upstate New York in 1808. A skilled carpenter and fiddler, he and his wife (Kelsey Scott) settled in Saratoga Springs where they were raising their children (Quvenzhane Wallis and Cameron Zeigler) when their American Dream turned into a neverending nightmare.

For, in 1841, he was approached by a couple of white strangers (Taran Killam and Scoot McNairy) who offered him a high-paying job playing music with the circus in Washington, DC. However, upon arriving in the Capital, they instead sold him to a slave trader (Christopher Berry) who put Solomon in chains before shipping him to a cotton plantation the Deep South. 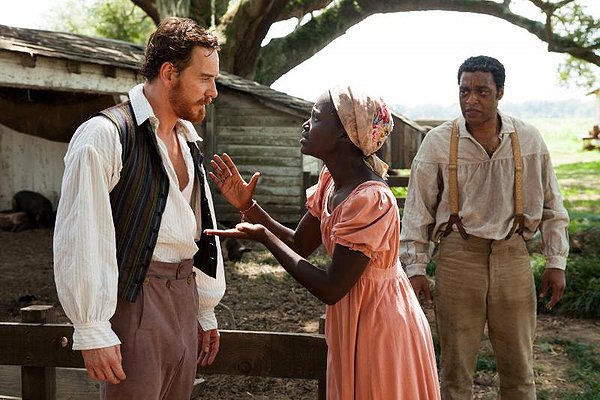 What ensued was a 12-year ordeal during which he was whipped whenever he attempted to protest his plight. Despite being tortured by a sadistic master (Michael Fassbender) determined to break his spirit, Solomon managed to not only maintain his sanity but his dignity to boot.

Furthermore, with the help of a kindly Canadian (Brad Pitt) passing through town, he was eventually able to inform abolitionists up North of his dire predicament, and was ultimately reunited with his very relieved family. Upon his emancipation in 1853, Solomon also penned and published a memoir chronicling the cruelty of his captivity in explicit detail.

Entitled 12 Years a Slave, the book became a runaway best-seller before it slipped into obscurity after the Civil War. Directed by Steve McQueen (Hunger), the screen version proves to be a fairly faithful adaptation of the eye-opening autobiography. 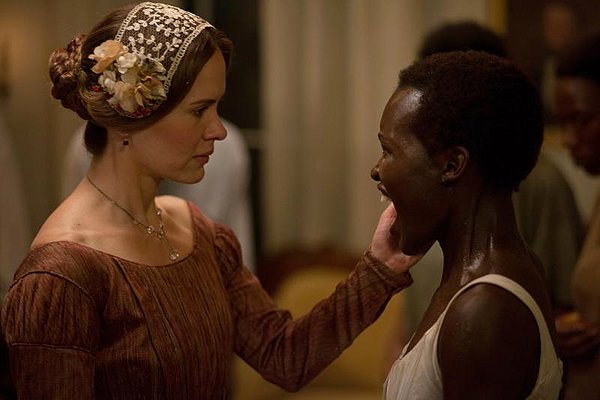 In a banner year for African-American film fare, this heartbreaking historical drama just might be the best of the bunch. The film has already been generating a ton of early Oscar buzz, thanks to a People’s Choice Award coming courtesy of the Toronto International Film Festival.

Unapologetically graphic in its depiction of the institution of slavery, 12 Years a Slave contains nary a comic aside ala Quentin Tarantino’s similarly-themed Django Unchained. Therefore, brace yourself for a relentlessly-gruesome endurance test featuring ever-escalating violence.