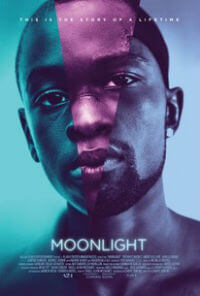 It isn’t bad enough that Chiron (Alex R. Hibbert/Ashton Sanders/Trevante Rhodes) is being raised by an emotionally-unavailable, drug-addicted, single-mom (Naomie Harris). The shy youngster also has the misfortune of having to hide the fact that he’s gay, since he’s experiencing pangs of sexual awakening in the midst of an African-American, ghetto culture which is homophobic to the point of violence.

Consequently, he finds himself not only being teased for being a “faggot” by a school bully (Patrick Decile) but sadistically beaten to a pulp by his best friend and secret lover, Kevin (Jaden Piner/Jharrel Jerome/Andre Holland). This sorry state of affairs has understandably left the closeted kid terribly confused. 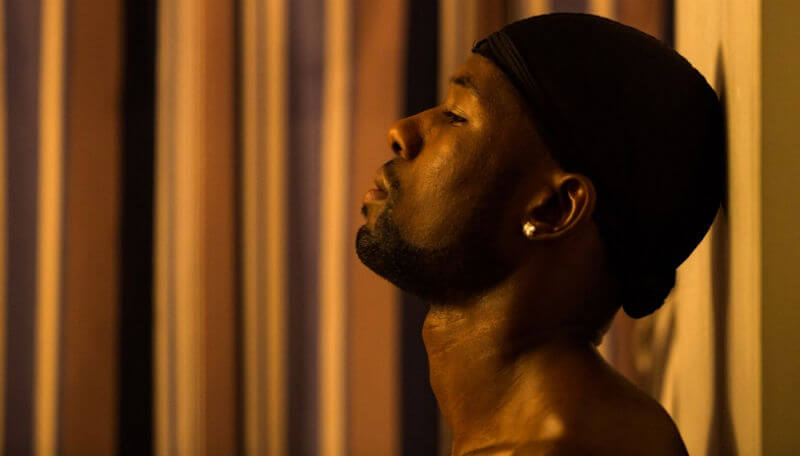 Fortunately, Chiron’s mom’s dealer, Juan (Mahershala Ali), and his wife, Teresa (Janelle Monae), have taken a personal interest in his welfare. They let Chiron crash at their crib whenever things get crazy at his dysfunctional mom’s apartment. So, at least he has a father figure, even if it’s the person pushing the poison that turned his mother into an irresponsible crack whore.

Such are the dire circumstances collaborating to torpedo the troubled protagonist’s potential in Moonlight, a homoerotic coming of age flick written and directed by Barry Jenkins (Medicine for Melancholy). The introspective mood piece follows the lead character’s evolution from age 9 into adulthood, with Chiron and Kevin each being played by a trio of different actors.

The picture convincingly conveys the sheer desperation of an abandoned street urchin searching for an oasis of sanity in a hostile world without refuge. Though this picture never offers any easy answers, it certainly will nevertheless resonate with countless black gays who’ve survived similar abuse during formative years spent negotiating their way through a merciless, macho, inner-city gauntlet

A decidedly-dystopic, African-American answer to the relatively-sedate, suburban bildungsroman served up by Boyhood!