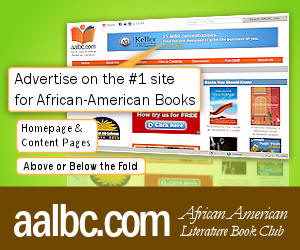 Early on, new developments arrive fast and furiously in this contemplative character study before it gradually settles down into an examination of the difficult to ascertain motivations of James (JimMyron Ross), a very troubled 12 year-old coming-of-age black, poor and criminally-inclined in a rural region of the Mississippi Delta.

At the point of departure, we meet Lawrence (Michael J. Smith, Sr.), a middle-aged black man despondent over news of the death of his identical twin, Darius, by drug overdose. Larry is then caught in the midst of his own suicide attempt by a kindly neighbor (Johnny McPhail) who has no idea he's distraught enough to shoot himself in the chest.

Also grieving Darius' demise are his monosyllabic-bordering-on-mute son, James, and his ex, Marlee (Tarra Riggs) a former substance abuser. Larry survives his self-inflicted gunshot wound, and returns from the hospital only to have his nephew darken his doorstep, literally and figuratively. For James' unique means of mourning involves asking to hear all the gory details about how his daddy died before robbing Uncle Larry at gunpoint.

The felonious-intentioned kid then hops on his moped and uses his ill-gotten gains to kickstart a career dealing drugs. This doesn't sit well with Marlee, even though she's been fired from her job as a maid, which means she's now free to wonder where she went wrong raising a son who doesn't have a lick of sense or compassion.

As preposterous as this plot probably sounds, Ballast is actually a perverse pleasure to watch because it morphs into this ethereal mood piece with virtually no dialogue. Mostly, we're treated to the specter of James buzzing about on his motorbike against the stark backdrop of acre after acre of sparse winter farmland. Otherwise, the picture is punctuated by his mom and uncle working out their issues, and bursts of terrifying violence, like when a couple of teenage gangstas run a car off the road to teach a lesson via a drive-by beatdown in a backwoods version of a bloody turf war.

In sum, Ballast is one of those slice-of-life adventures featuring a principal cast of non-professionals whose gritty naivete manage to imbue the production with a palpable sense of super-realism that allows an audience to forget it's watching actors. That amounts to movie magic in my book, even if it is in service of a Bill Cosby-infuriating display of black on black dysfunction.

Official trailer for the film "Ballast", winner of the Directing and Cinematography awards in the 2008 Sundance film festival.