God Grew Tired of Us
Film Reviewed by Kam Williams 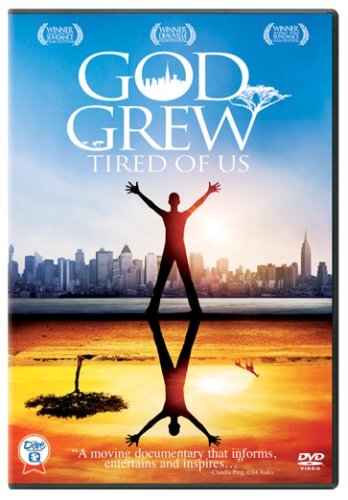 God Grew Tired of Us
Click to order via Amazon

Rated PG for mature themes and disturbing images.
Running time: 89 minutes
Studio: Sony Pictures Home Entertainment DVD Extras: Commentary by the director and three of the Lost Boys, plus a couple of featurettes.

I’ve heard of remakes before, but God Grew Tired of Us is the first remake of a documentary I can ever remember. In 2003, Megan Mylan and Jon Shenk released Lost Boys of Sudan, a very moving documentary about the ordeal of some orphans who attempted to flee the ethnic cleansing in their homeland for a better life in America.

Today, we have God Grew Tired of Us, an equally-poignant picture, provided you haven't seen the first. For, although this flick focuses on a different set of survivors as they adjusted to the U.S., the emotional arc of their experience is unsettlingly similar.

From the naive wonder they display at modern conveniences we take for granted, to their admirable work ethic, to their unquenchable thirst for education, to their continued concern about the loved ones they left behind, this set of intrepid heroes seems virtually identical to the protagonists in the original film.

A cynic might suspect that this quartet was prompted to recreate touching tableaus, but far be it from this critic to suggest that any such shenanigans were afoot. Instead, suffice to say that God Grew Tired of Us is highly recommended, if and only if you haven't caught Lost Boys of Sudan.

Otherwise, expect to come away with a weird sense of d’j’ vu that you might have just been had.

Blacktrospective 2007 Annual Look Back at the Best (and Worst) in Black Cinema
http://aalbc.com/reviews/blacktrospective_2007.htm