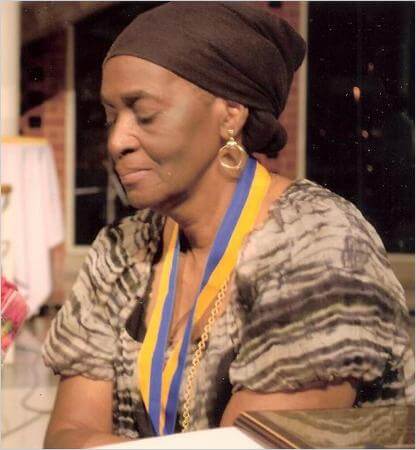 Carolyn Marie Rodgers was born on Dec. 14, 1940, to Clarence Rodgers, a welder, and his wife, Bazella. She was the last of four children but the only one born in Chicago, where the family had moved from Little Rock, Ark. She grew up in the Hyde Park neighborhood on the city’s South Side.

Rodgers is credited with being a star of the Black Arts Movement of the 1960s and 1970s. She helped found Third World Press in the 1960s. She also started her own publishing company, Eden Press.

“Between 1968 and 1978 I never believed that any female or male poet was any more crafted or gifted as Carolyn Rodgers. That is a fact.”—Sterling Plumpp

In Carolyn’s two volumes of poems, which are autobiographical, Rodgers is less concerned with the overt Black Nationalist ideas that served as a major thrust of the Black Arts Movement. The poems focus on issues pertaining to God, religion, and feminism. (From: Encyclopedia of African-American Literature.) Carolyn M. Rodgers passed (April 2, 2010). Photo Credit: Gloria V. Rodgers 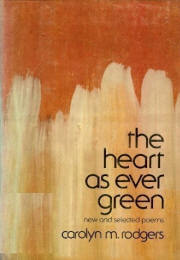 The Heart As Ever Green 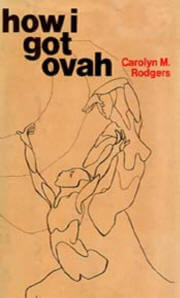 how i got ovah