After graduating from high school, Mulzac served on British merchant vessels. He earned a mate’s license from Swansea Nautical College in Great Britain and reached the rank of mate. During World War I Mulzac served as a ship’s officer on British and American ships. In 1918 Mulzac immigrated to the United States, becoming a citizen that same year and two years later he became the first African American to pass the shipping master’s examination.

In 1920 Mulzac joined Marcus Garvey’s Universal Negro Improvement Association (UNIA). Because of his history with seafaring vessels he was named a chief officer on the SS Yarmouth, one of the UNIA’s Black Star Line vessels. Read the full biography at BlackPast.org ▶

His daughter, Una Mulzac, was the founder of the iconic Harlem bookstore Liberation Bookstore. 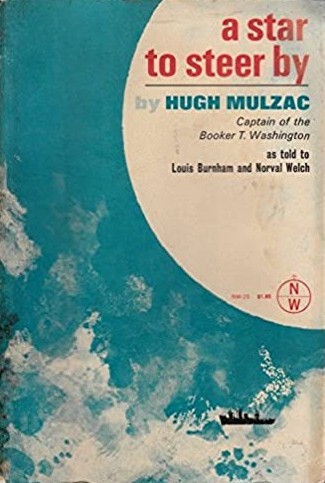 A Star to Steer