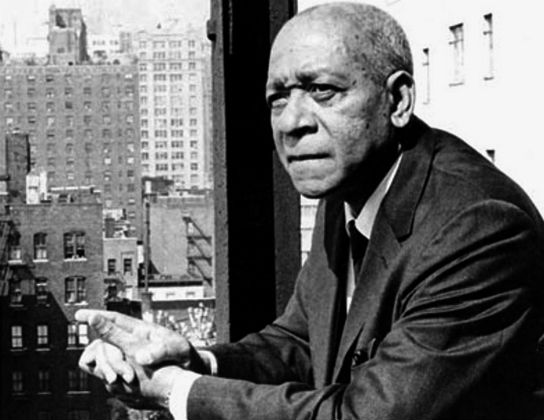 Jesus Colon known as the Father of the Nuyorican, he was born on January 20, 1901 in Cayey, Puerto Rico. He was born after the Spanish-American War, when American Tobacco Company gained control of most of the tobacco producing land in Puerto Rico. His house was located behind the town’s cigar’s factory. Colon’s dad was a baker and his family owned the “Colon Hotel&rduo. In the cigar factory they would hire readers to read stories to the employees while they work so Colon would visit the factory to listen to these stories as a child. From hearing these readers, he created a personal socialist ideology and interest in both the spoken and written word.

He left Puerto Rico to come to U.S when he was only 16 years of age. Before leaving Puerto Rico he was an editor for a newspaper Adelante at the Central Grammar School in San Juan which is where his passionate for writing career began. He didn’t receive much schooling in Puerto Rico, was self-educated until he arrived to the United States. In the U.S he finished secondary level of schooling as an adult. In New York, he worked in different unskilled jobs such as a dishwasher, postal clerk, waiter and messenger. Colon was of African descent and was discriminated against because of the color of his skin, and his difficulty speaking English. Colon wrote about all his experiences, as well as the experiences of other immigrants. He was among the first Puerto Ricans to do so in English. His most notable work is A Puerto Rican in New York and Other Sketches, which set the period for the literary movement known as the Nuyorican Movement.

In 1927, he joined the editorial board of the New York City based newspaper Grafico, it featured writing by Cuban, Puerto Rico and different Latino migrants that lived in New York. In 1934, he became one New York’s correspondents for the newspaper Justicia for the Federacion Libre de Trabajadores in Puerto Rico, as well writing for other Spanish newspapers like Liberacion. He was the President of Hispanic Publications; they published history books, political pamphlets in Spanish and literature. Colon was also the president of the Cervantes Fraternal Society, the Spanish language division of the pro-Communist International Workers Order. It was very important to him to help others by forming organizations that aided Latinos who were struggling to survive financially and especially those who wanted to live freely without the threat of racism. In 1922, Colon helped fund the Alianza Obrera Puertorriquena e Hispana, then Ateneo Obrero Hispano in 1926 follow by the Liga Puertorriquena e Hispana in 1928. These organizations were made to help people build a community and feel a sense of unity. Colon’s involvement with socialist labor movement and political affiliations had him under investigation by the House Un-American Activities Committee (HUAC) during the McCarthy era of political repression in the 1950’s. Even with him being held under investigation, it didn’t stop his literary work from growing in publications like The Daily Worker, The Worker, The Daily World and Mainstream. In 1955, he began a Spanish language newspaper were he wrote a regular column for the Daily Worker, predecessor of today’s People’s World. He is known for being a political activist, through his writing he pushed for social change and also within his active role with the community.

He had intentions of publishing another book but died before he could finish. After his death, his collections of papers were donated to the Centro de Estudios Puertorriquenos at Hunter College. The papers are an important contribution to the study of Puerto Rico history, especially for the action of Puerto Rican community’s history in New York. The collection consists of letters, notes, and drafts of published and unpublished works, reports and photographs. Also professor Edna Acosta-Belen of Latin American and Caribbean Studies at the University of Albany and Virginia Sanchez Korrol an associate professor and Chair of the Department of Puerto Rican Studies at Brooklyn College, put together a booklet of Colon’s writings called The Way it was and Other Writings in 1993. Colon died in New York City in 1974, his body was cremated as he wished. They returned his ashes to Puerto Rico and scattered over River La Plata, in Cayey. Photo credit: Jesus Colon Papers / Center for Puerto Rican Studies, circa 1973. 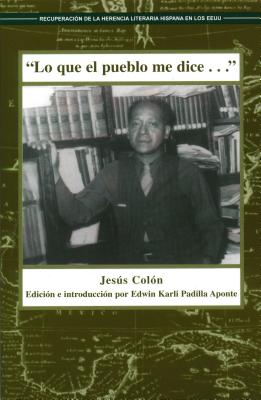 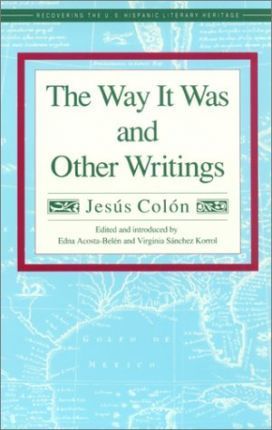 The Way It Was and Other Writings

A Puerto Rican in New York, and other sketches