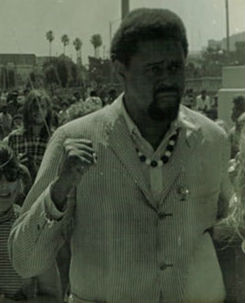 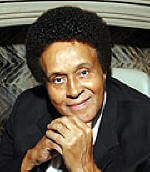 Eckels wrote 14 volumes of poetry. His Sing When the Spirit Says Sing: Selected & New Poems 1960-1990, won an American Book Award in 2000 from the Before Columbus Foundation, and his Home Is Where the Soul Is, published by the influential Broadside Press, is considered one of the seminal works of the Black Arts Movement.

After completing his MDiv, in 1966, at the Pacific School of Religion, Eckels earned a master’s degree in literature from Stanford University. He served as an instructor of English, American literature, poetry, and creative writing at Mills College and Merritt College in Oakland, CA. (where he contributed to the development of the “new” curriculum); pastored United Methodist Churches in California and New York; and published more than a dozen books including Fire Sign and Our Business in the Streets. The phrase “Western Syphilization” appeared in “Home Is Where the Soul Is”.

An ordained minister in the United Methodist Church (UMC), Eckels pastored UMC churches in California and New York. Eckels has been a human rights activist since the 1960s and has spoken and read around the nation and the world.

For your pyramid of poems, “the free
and will be” th/ankh you, o savant
of cloth & sword. Wholly divine &
holy worldly, you “street”-themed academe ntu
conch-us-nest. On your soulo flight
“home…where the soul is,” rite bardic
sermons for Amiri, Maya & the village.

5 Books by Jon B. Eckels

Sing When The Spirit Says Sing

Pursuing The Pursuit: The Black Plight In White America (An Exposition-University Book) 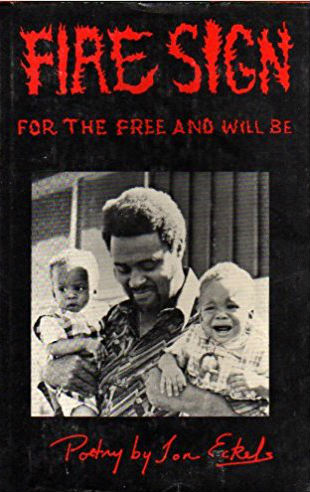 Firesign, Poetry for the Free & Will Be 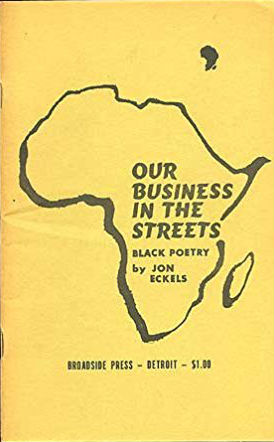 Our Business in the Streets 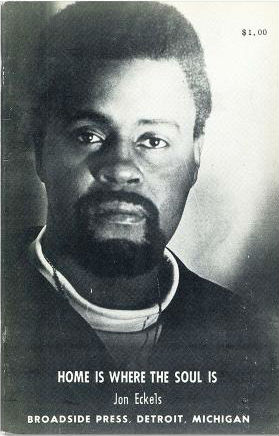 Home is Where the Soul is