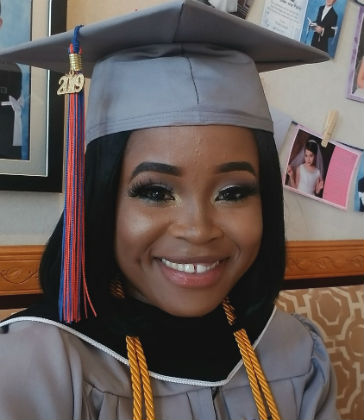 Shafika Burke is a 4th year English major at Medgar Evers College [2020]. She grew up in a small village called Gorse in St. Vincent and the Grenadines and was raised by her grandmother for most of her life. She considers her grandmother as her biggest motivation as she pursues academic excellence.

In her high school years Miss. Burke dreamed of becoming an accountant; she was totally in love with numbers. However, as she grew older the love of words outweighed that of numbers; literature single-handedly healed her childhood scars.

Shafika hopes to one day become a literature professor but not just any ordinary lecturer. She hopes to educate and to be a beacon of light for minorities. If the woman from a little village in St. Vincent can do it, then so can anyone once they are prepared to put in the work and allow others to help them along the way.