Book Review: The Other Sister 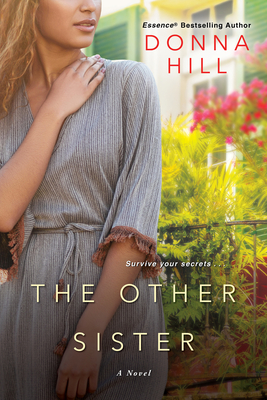 Read a Description of The Other Sister

Imagine living your life into adulthood and then learning that you aren’t who you think you are. You find out that your parents are really your grandparents, and that you’re Black and not White, and this realization costs you your family and changes your life. The protagonists in Donna Hill’s The Other Sister persevere through these heart-wrenching discoveries as they refuse to be separated by color and race.

Zoie Crawford is an unwavering journalist who prides herself on uncovering the truth at any cost, regardless of the emotional toll to others. She finds the tables turned when her latest article on senate candidate Kimberly Maitland-Graham takes her on a journey that changes her life forever. Kimberly seems to have it all. She’s a promising politician and successful lawyer married to a CEO, and the mother of beautiful twin girls. Even before getting married and establishing her law practice Kimberly was born with a silver spoon in her mouth. Her family, the Maitlands, are powerful people in society; their ancestors owned slaves and their estate sits on what was once a profitable plantation. As Zoie digs deeper, she discovers that Kimberly is the love child from a secret relationship between her mother Rose and the Maitlands’ son, making them sisters. Rose was told that her daughter died during childbirth but the Maitlands raised Kimberly as their own, because she was light-skinned and could pass as White. Reeling from the news Kimberly tells her husband about Zoie’s discoveries; shocked and irate, he refuses to be with a Black woman and leaves with their daughters. These newfound sisters must put their resentment aside so Kimberly can get her daughters back and Rose can have a relationship with her long-lost daughter and grandchildren.

In The Other Sister, Hill explores colorism and its dominant role in the definition of self. Kimberly and Zoie are first described without any racial details or descriptors, contributing to the idea that they are individuals before they are assigned to a race. Hill delves into each sister’s life, describing their hopes and fears before bringing them together. In doing so, the author highlights important themes, such as the concept of “the other.” After discovering that she is Black, Kimberly views herself as “the other.” “Now she was in a kind of limbo, a purgatory of otherness, not belonging to either world.” The duality associated with being mixed-race surfaces as Kimberly struggles with self-identity. This duality is similar to what the protagonist faced in James Weldon Johnson’s The Autobiography of an Ex-Colored Man. These mixed-race characters struggle with self-definition and acceptance as they find themselves caught in the space that separates White from Black.

Acceptance is the first step the sisters must take to move forward with their lives. Zoie accepts that although she may not always find easy answers, it does not reduce the value of her journalism. Kimberly accepts that she is African American and that it does not make her less of a human being. Hill’s The Other Sister expertly addresses the effects of colorism, and the myriad complicated issues that arise from it in everyday life.

Read Dafina’s description of The Other Sister.