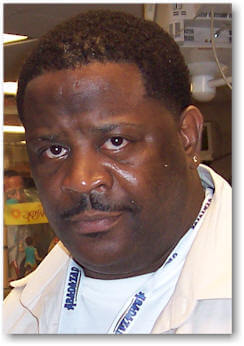 A former fire inspector with the New York City Fire Department, he is also winner of the Black Issue Book Reviews Urban Lit Book of the Year and a starred Kirkus Review recipient. Blue is a public speaker that shows today’s youth the dangers of drug addiction and the importance of literacy.

Blue’s background is as almost as compelling as his debut novel entitled Harlem Girl Lost. Using the streets as a means of survival, Blue found himself involved with some of Harlem’s most notorious elements. Retiring from the game at the age of sixteen, Blue, who dropped out of High School after being banned from New York City’s Board of Education system, he managed to become one of the youngest people to receive his G.E.D. in New York State.

Joining the military at seventeen, he developed an appetite for books going on to read over 2000 novels. After serving his country, he joined the New York City Fire Department and worked as a Supervising Fire Inspector in the Bronx. Blue is also an active member of the American Studies Association.

A Talk with Treasure E. Blue

Q. You had a rough childhood, from a very early age. Can you tell us about it?

A. My mother, Ernestine Blue, was quite fair-skinned, as were my siblings and they used to tease and taunt me about my dark skin and say that I wasn’t their real brother and was adopted. I was labeled mentally retarded until the age of five because I refused to speak. Then suddenly, I started speaking whole sentences and was then considered overly rambunctious and hyperactive by my teachers. My vocabulary grew by leaps and bounds as did my stature, and by eight years old I was taller than my brother and sisters, which only solidified my outsider status in the home. Fighting my siblings was a daily occurrence for me and after being ostracized for my looks and troublesome behavior, I realized that there was only one position in my family structure to be seized "the rebel"and I reveled in it.

Q. For such a troublemaker, you became a voracious reader. How did the public library change your life?

A. My mother worked as a public school teacher in Harlem by day and a postal employee at night. She didn’t tolerate disrespect and was very strict when it came to education and discipline, but unfortunately I didn’t share her values. My mischievous nature did, however, lead me to a new love — reading. Once, as punishment, my mother locked me inside my bedroom and forced me to read a novel; I wasn’t allowed to come out until I was finished. I tried to find a short cut and skimmed the story and memorized what I could. Fifteen minutes later I came out and described the book to my mother. At first she was impressed, but she wasn’t a fool; she knew I’d found a loophole and made me reread the novel page-by-page and turn in a essay about the main characters, their plight, and how they got out of their situation. I didn’t have a clue about what she had meant, but I knew I couldn’t get out of reading the entire novel. When I finally finished the novel, The Count of Monte Cristo by Alexandre Dumas, it was as if I was being reborn and a calmness came over me for the first time in my life. That book changed my life and took me into a world I never knew existed.

The public library became a place of escape for me. Because I didn’t know any better at the time, I’d go to the local library and find a novel and stuff it in my pocket. The librarian must have known I was stealing books, but she didn’t want to embarrass me. She gave me a library card and told me I could take out as many books as I liked. She emphasized that they were free as long as they were returned.

Q. Even with your mother’s love and discipline, you still had to contend with her alcoholism. How did that affect you?

A. Things started to spiral out of control at home. My mother’s secret addiction to alcohol could no longer remain hidden, and her life, and ours, spiraled downward. She lost jobs and was in and out of mental institutions. My siblings and I were left to fend for ourselves and helpless and angry, I became a menace and juvenile delinquent. Every night would bring a new low as my mother would come home beaten and battered physically from men who took advantage of her. Over the years her condition worsened and one by one each of my older siblings left the house as they turned 18, and I felt abandoned. The library remained my one safe haven; it was my sanctuary. I used books to block out my hunger and pain.

When I was fourteen I started to sell drugs to feed myself. I still managed to go to school and tried to maintain a sense of normalcy, but it was only a matter of time before the bad things I was doing caught up with me. For two years I sold drugs on the mean streets of Harlem, barely escaping death and major arrests. I was kidnapped, stabbed several times, and robbed at gunpoint by criminals and cops alike. Then one day I got sick of it and just walked away. I officially retired from drug dealing at the tender age of sixteen.

Q. What did you do after you stopped being a dealer?

A. Going back to high school was not an option because I was banned from entering any high school in the city because of truancy and past trouble. I was living on the streets and pride didn’t allow me to seek out family and ask for help so I rode the train at night refusing to go home and see what new horror my mother had in store for me. Would I open the door and see ten boys and men running a sex train on her, or would I lay awake at night waiting for someone to ring my bell to tell me to get my mother who had passed out in the gutter?

My sister came by to visit one day and suggested I take my GED and said that she would help me if I wanted. Just to get her out the apartment I agreed. The following day, to my surprise, she came back and enrolled me into a GED prep class. Four weeks later, and barely seventeen, I passed the test and received my diploma.

Q. How did you end up in the Army?

A. I went to the movies one day and saw "An Officer and a Gentleman" and was fascinated by it. After the movie, as I was heading home I looked up and saw a huge sign: "Join the Army Now." I stared at it for a moment and quickly dismissed it, but something told me to go and check it out. After talking with a recruiter and passing a test, I was given some forms for my parent to sign so I could enter. It sounded good but I hadn’t seen my mother in months. It took me four months to locate her. After she signed my papers, I beat up the man she was staying with who seemed to care so little about her. My mother lost her will to live and died not long after that.

The army wasn’t for me but books became my refuge and I read constantly. My buddies soon asked for my help with writing personal letters, business letters, embellishing love letters, even break-up letters and I became the designated wordsmith for my unit — for a fee of course. It was Christmas time and I was stationed in Korea near the D.M.Z and was elected to put together a Christmas show for the men in our camp to lift their spirits. I reluctantly agreed. I wrote a play, and on the day of the show, more than two hundred soldiers attended. The play went off without a glitch. At the end of the performance everyone was on their feet and gave the actors a rousing applause. Suddenly the captain who was in charge of the event came to me with a stern look on his face and said, "I hope you’re happy because half the men walked out during the play because your play made them cry." I looked the captain in his eyes and they too, showed evidence of tears. The audience looked as if someone had died. I loved it, and I realized I had a knack to move people’s emotions through words and from that day on I wanted to become a writer!

Q. What led you to the New York City Fire Department?
A. My tour of duty was over, but my problems were far from over. I didn’t know how to have a healthy relationship and fathered four children with three different women. I was homeless and I put down my pen as my personal problems grew. My ugly past was starting to catch up with me and I turned to drugs and alcohol for comfort. My life began to parallel my mother’s and it took several years for me to turn my life around. Eventually I got it together, and for nearly 14 years I worked for the New York City Fire Department as a supervising fire inspector. But I still felt something was missing.

Q. So what did you do?
A. I enrolled at John Jay University. While I was there I ran into someone I knew from a writers’ group I had attended years before, who just happened to be a professor for the school in African American Studies. He didn’t remember my name, but he remembered a screenplay I had written. He was surprised to find out I hadn’t been writing and urged me to continue. That next month, a writer came to the school for a lecture and I attended. The auditorium was packed, and I looked at the writer who looked and dressed like me and every brother from my neighborhood blue Yankees hat, jeans, and Timberland boots. He seemed humble and sincere because he had been in prison and now had made a positive name for himself. His name was Shannon Holmes, and he wrote a book called B-More Careful. After the lecture I went and looked up his book. That same evening I bought it and finished it in a couple of hours and went to bed. That day was February 24, 2003. The next day, February 25, I started writing Harlem Girl Lost and I haven’t stopped writing since then. 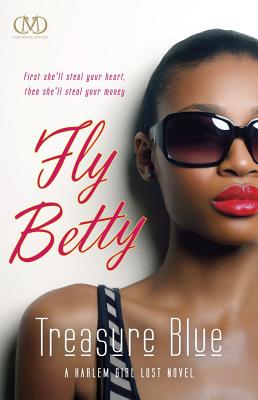 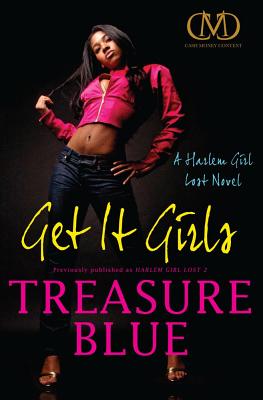 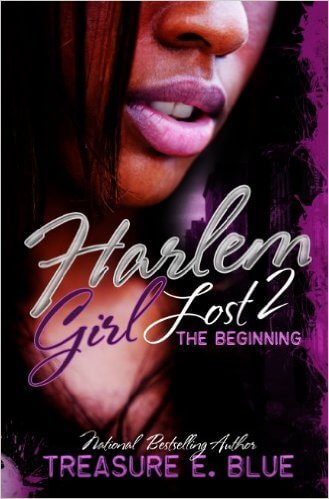 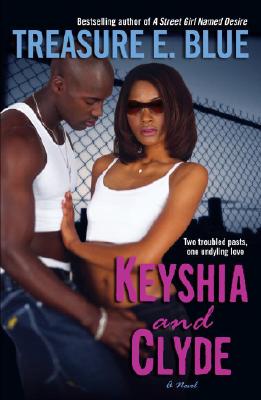 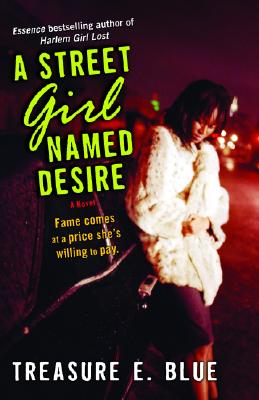 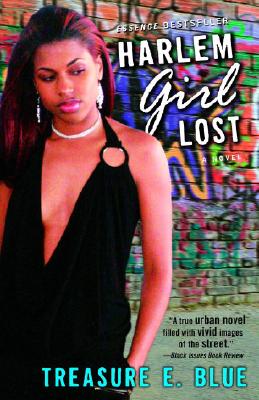