Read Our Review of New England White: A Novel

Read a Description of New England White: A Novel

Book Description:
The eagerly awaited, electrifying new novel from the author of The Emperor of Ocean Park (“Among the most remarkable fiction debuts in recent years … A rip-roaring entertainment”—The Boston Globe).

When The Emperor of Ocean Park was published, Time Out declared: “Carter does for members of the contemporary black upper class what Henry James did for Washington Square society, taking us into their drawing rooms and laying their motives bare.” Now, with the same powers of observation, and the same richness of plot and character, Stephen L. Carter returns to the New England university town of Elm Harbor, where a murder begins to crack the veneer that has hidden the racial complications of the town’s past, the secrets of a prominent family, and the most hidden bastions of African-American political influence.

At the center: Lemaster Carlyle, the university president, and his wife, Julia Carlyle, a deputy dean at the divinity school—African Americans living in “the heart of whiteness.” Lemaster is an old friend of the president of the United States. Julia was the murdered man’s lover years ago. The meeting point of these connections forms the core of a mystery that deepens even as Julia closes in on the politically earth-shattering motive behind the murder.

Relentlessly suspenseful, galvanizing in its exploration of the profound difference between allegiance to ideas and to people, New England White is a resounding confirmation of Stephen Carter’s gifts as a writer of fiction. 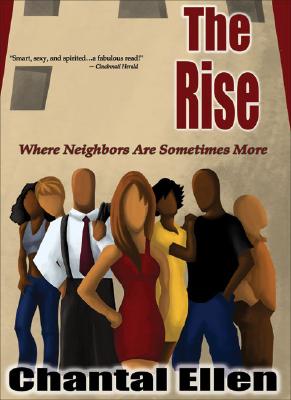 The Rise: Where Neighbors Are Sometimes More
by Chantal Ellen

Read a Description of The Rise: Where Neighbors Are Sometimes More

Book Description:
Exploring issues of self-esteem, family discord, sisterhood, faith, and subtle discrimination in the workplace, this novel is not just an upscale urban tale for the black professional but an absorbing story for all readers. Following the life of the young, beautiful attorney Remi as she seeks Mr. Right, her life andthe lives of her neighbors in an apartment building nicknamed The Rise intertwineagainst the backdrop of Washington, DC. Lies, heartache, and broken bonds abound, challenging the characters to go beyond the superficial in life’s journeys. 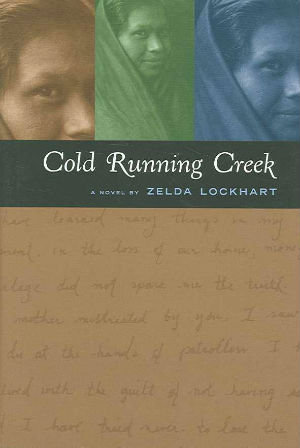 Book Description:
During one of the most tumultuous times for the North American continent (pre and post Civil War) three generations of women, both Native American and African American, struggle to be free. Raven, the main character of the first two chapters of the novel, is the daughter of Choctaw Native Americans who have escaped the relocation from Mississippi to Oklahoma Territory in hopes of negotiating their rights in the political maze of their changing landscape. in the event of faltered plans, her mother and father, ishki and inki, have charged Raven with the responsibility of her two younger siblings. The three children are the sole survivors of the resulting tragedy. Though eventually Raven marries a half French, half Choctaw man of prominence, and becomes the proud Misses of LeFlore plantation, she bares the initial, seemingly indelible wounds of the novel, and extends those to her daughter, Lilly, a half black, half Choctaw infant who Raven raises as the full-blood heir to LeFlore. As the upshot of a second political miscalculation of American conquest, Lilly is captured and sold into the last three years of slavery. Though her actual bondage is short, her escape from her own enslavement spans to mid-life. She is always waiting for something to change. One day, she abandons her two daughters and commits a dreadful act against her husband. Though horrifying, her lashing out is the very catalyst for her freedom. In an ending that peaks to a crescendo of redemption, Lilly’s salvation brings with it freedom for two generations of male and female ancestors of both Choctaw and African heritage. Cold Running Creek is enlightening in its untold historical truths, and relevant to all time with its soul-stirring revelations. With a chorus of swamps, voodoo, floods, creeks and rivers, Cold Running Creek is rich, passionate, and leaves the reader breathless.

Read Our Review of Ralph Ellison: A Biography

Read a Description of Ralph Ellison: A Biography

Book Description:
The definitive biography of one of the most important American writers and cultural intellectuals of the twentieth century—Ralph Ellison, author of the masterpiece Invisible Man.

In 1953, Ellison’s explosive story of an innocent young black man’s often surreal search for truth and his identity won him the National Book Award for fiction and catapulted him to national prominence. Ellison went on to earn many other honors, including two presidential medals and election to the American Academy of Arts and Letters, but his failure to publish a second novel, despite years of striving, haunted him for the rest of his life. Now, as the first scholar given complete access to Ellison’s papers, Arnold Rampersad has written not only a reliable account of the main events of Ellison’s life but also a complex, authoritative portrait of an unusual artist and human being.

Born poor and soon fatherless in 1913, Ralph struggled both to belong to and to escape from the world of his childhood. We learn here about his sometimes happy, sometimes harrowing years growing up in Oklahoma City and attending Tuskegee Institute in Alabama. Arriving in New York in 1936, he became a political radical before finally embracing the cosmopolitan intellectualism that would characterize his dazzling cultural essays, his eloquent interviews, and his historic novel. The second half of his long life brought both widespread critical acclaim and bitter disputes with many opponents, including black cultural nationalists outraged by what they saw as his elitism and misguided pride in his American citizenship.

This biography describes a man of magnetic personality who counted Saul Bellow, Langston Hughes, Robert Penn Warren, Richard Wright, Richard Wilbur, Albert Murray, and John Cheever among his closest friends; a man both admired and reviled, whose life and art were shaped mainly by his unyielding desire to produce magnificent art and by his resilient faith in the moral and cultural strength of America.

A magisterial biography of Ralph Waldo Ellison—a revelation of the man, the writer, and his times. 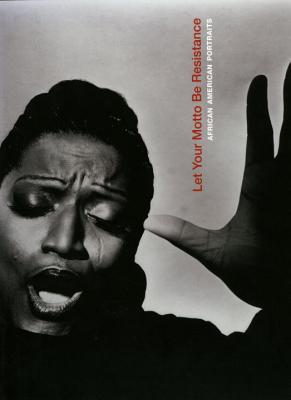 Read a Description of Let Your Motto Be Resistance: African American Portraits

Book Description:
This stunning collection of photographic portraits traces US history through the lives of well-known abolitionists, artists, scientists, writers, statesman, entertainers, and sports figures. Drawing on the photographic collections of the National Portrait Gallery, author Deborah Willis explores how these images—many by famous photographers—reveal the nation’s history through an African American lens and challenge us all to uphold America’s highest ideals and promises. Let Your Motto Be Resistance is the inaugural publication of the Smithsonian’s new National Museum of African American History and Culture.

Read Our Review of Supreme Discomfort: The Divided Soul of Clarence Thomas

Read a Description of Supreme Discomfort: The Divided Soul of Clarence Thomas

Book Description:
SUPREME DISCOMFORT originated from a much-commented-upon profile of Clarence Thomas that appeared in an August 2002 issue of The Washington Post Magazine. In it, Kevin Merida and Michael Fletcher, both Post staffers, both black, crafted a haunting portrait of an isolated and bitter man, savagely reviled by much of the black community, not entirely comfortable in white society, internally wounded by his passage from a broken family and rural poverty in Georgia to elite educational institutions to the pinnacle of judicial power. He has clearly never recovered from the searing experience of his Senate confirmation hearings and the "he said/she said" drama of the accusations of sexual harassment by Anita Hill.

SUPREME DISCOMFORT tracks the personal odyssey of perhaps the least understood man in Washington, from his poor childhood in Pin Point and Savannah, Georgia, to his educational experiences in a Catholic seminary and Holy Cross, to his law school years at Yale during the black power era, to his rise within the Republican political establishment. It offers a window into a man who straddles two different worlds and is uneasy in both—and whose divided personality and conservative political philosophy will deeply influence American life for years to come. 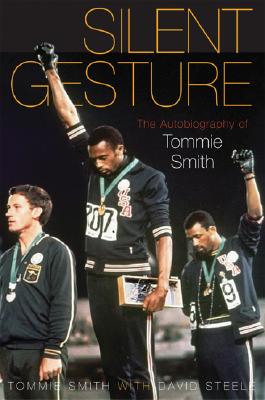 Read a Description of Silent Gesture: The Autobiography of Tommie Smith (Sporting)

Book Description:
At the 1968 Olympics, Tommie Smith and his teammate John Carlos came in first and third in the 200-metre sprint. In this text, Smith explains why, as they received their medals, both men raised a black-gloved fist, creating an image that has symbolized the conflicts of race, politics, and sports.