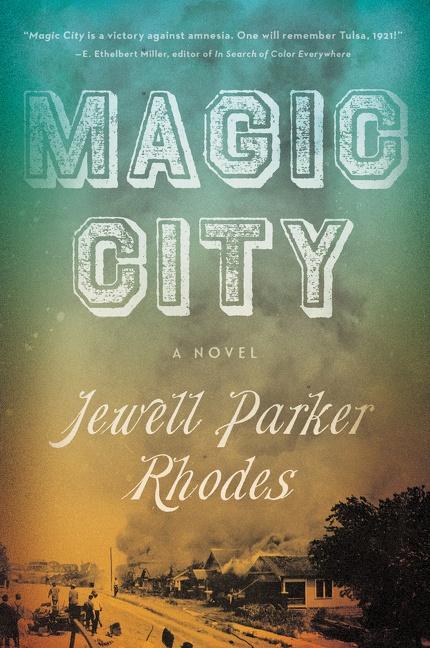 “A compelling page-turner that will keep readers hoping against hope that everything will somehow, magically, turn out for the best.” — Atlanta Journal-Constitution

With a new Afterword from the author reflecting on the 100th anniversary of one of the most heinous tragedies in American history—the 1921 burning of Greenwood, an affluent black section of Tulsa, Oklahoma, known as the “Negro Wall Street”—Jewell Parker Rhodes’ powerful and unforgettable novel of racism, vigilantism, and injustice, weaves history, mysticism, and murder into a harrowing tale of dreams and violence gone awry.

Tulsa, Oklahoma, 1921. A white woman and a black man are alone in an elevator. Suddenly, the woman screams, the man flees, and the chase to capture and lynch him begins.

When Joe Samuels, a young Black man with dreams of becoming the next Houdini, is accused of rape, he must perform his greatest escape by eluding a bloodthirsty mob.

Meanwhile, Mary Keane, the white, motherless daughter of a farmer who wants to marry her off to the farmhand who viciously raped her, must find the courage to help exonerate the man she accused with her panicked cry.

Magic City evokes one of the darkest chapters of twentieth century, Jim Crow America, painting an intimate portrait of the heroic but doomed stand that pitted the National Guard against a small band of black men determined to defend the prosperous town they had built.

Books similiar to Magic City: A Novel may be found in the categories below: