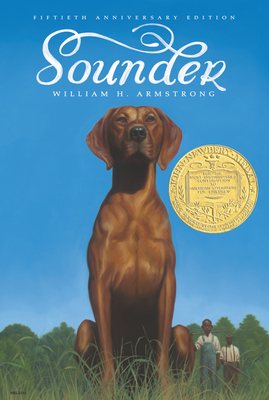 Set in the Deep South, this Newbery Medal-winning novel tells the story of the great coon dog, Sounder, and the poor sharecroppers who own him. During the difficult years of the nineteenth century South, an African-American boy and his poor family rarely have enough to eat. Each night, the boy’s father takes their dog, Sounder, out to look for food and the man grows more desperate by the day. When food suddenly appears on the table one morning, it seems like a blessing. But the sheriff and his deputies are not far behind. The ever-loyal Sounder remains determined to help the family he loves as hard times bear down on them.This classic novel shows the courage, love, and faith that bind an African-American family together despite the racism and inhumanity they face. Readers who enjoy timeless dog stories such as Old Yeller and Where the Red Fern Grows will find much to love in Sounder. Supports the Common Core State Standards

Note: Like many books written by white people on the Black experience, Sounder was critiqued by some Black people explaining that a white man could not truly understand and effectively relate the experiences of Black people.

More books like Sounder may be found by selecting the categories below: