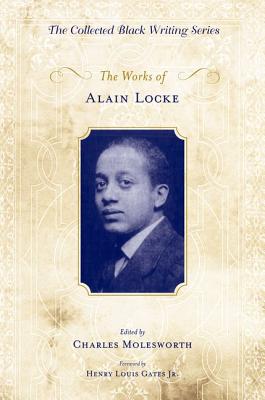 The Works Of Alain Locke
by Charles Molesworth

Read an Excerpt from The Works Of Alain Locke

With the publication of The New Negro in 1925, Alain Locke introduced readers all over the U.S. to the vibrant world of African American thought. As an author, editor, and patron, Locke rightly earned the appellation "Godfather of the Harlem Renaissance." Yet, his intellectual contributions extend far beyond that single period of cultural history. Throughout his life he penned essays, on topics ranging from John Keats to Sigmund Freud, in addition to his trenchant social commentary on race and society.

The Works of Alain Locke provides the largest collection available of his brilliant essays, gathered from a career that spanned forty years. They cover an impressively broad field of subjects: philosophy, literature, the visual arts, music, the theory of value, race, politics, and multiculturalism. Alongside seminal works such as "The New Negro" the volume features essays like "The Ethics of Culture," "Apropos of Africa," and "Pluralism and Intellectual Democracy." Together, these writings demonstrate Locke’s standing as the leading African American thinker between W. E. B. Du Bois and Martin Luther King, Jr.

More books like The Works Of Alain Locke may be found by selecting the categories below: