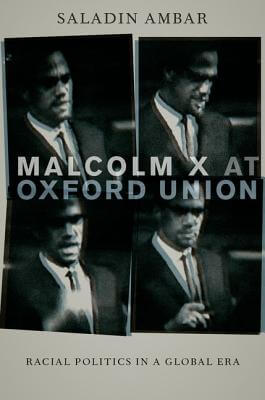 Book Description:
In 1964 Malcolm X was invited to debate at the Oxford Union Society at Oxford University. The topic of debate that evening was the infamous phrase from Barry Goldwater’s 1964 Republican Convention speech:"Extremism in the defense of liberty is no vice; moderation in the pursuit of justice is no virtue." At a time when Malcolm was traveling widely and advocating on behalf of blacks in America and other nations, his thirty minute speech at the Oxford Union stands out as one of the great addresses of the civil rights era.

Delivered just months before his assassination, the speech followed a period in which Malcolm had traveled throughout Africa and much of the Muslim world. The journey broadened his political thought to encompass decolonization, the revolutions underway in the developing world, and the relationship between American blacks and non-white populations across the globe-including England.

Facing off against debaters in one of world’s most elite institutions, he delivered a revolutionary message that tackled a staggering array of issues: the nature of national identity; US foreign policy in the developing world; racial politics at home; the experiences of black immigrants in England; and the nature of power in the contemporary world. It represents a moment when his thought had advanced to its furthest point, shedding the parochial concerns of previous years for an increasingly global and humanist approach to ushering in social change.

Set to publish near the fiftieth anniversary of his death, Malcolm X at Oxford Union will reshape our understanding not only of the man himself, but world politics both then and now.

More books like Malcolm X at Oxford Union: Racial Politics in a Global Era (Transgressing Boundaries: Studies in Black Politics and Black Communities) may be found by selecting the categories below:

Tell us what do you think about Malcolm X at Oxford Union: Racial Politics in a Global Era (Transgressing Boundaries: Studies in Black Politics and Black Communities).