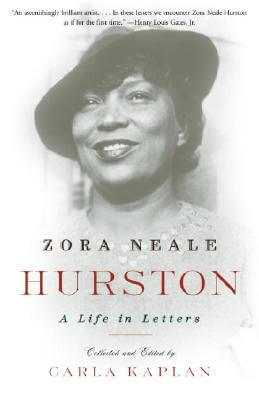 Zora Neale Hurston: A Life In Letters
by Carla Kaplan

Read an Excerpt from Zora Neale Hurston: A Life In Letters

A landmark collection of more than five hundred letters written by Zora Neale Hurston, a woman at the heart of the Harlem Renaissance, an author who remains one of the most intriguing people in American cultural history.

Alice Walker’s 1975 Ms. magazine article "Looking for Zora" reintroduced Zora Neale Hurston to the American literary landscape, and ushered in a virtual renaissance for a writer who was a bestselling author at her peak in the 1930s, but died penniless and in obscurity some three decades later.

Since that rediscovery of novelist, anthropologist, playwright, folklorist, essayist, and poet Zora Neale Hurston, her books—from the classic love story Their Eyes Were Watching God to her controversial autobiography, Dust Tracks on the Road—have sold millions of copies. Hurston is now taught in American, African American, and women’s studies courses in high schools and universities from coast to coast.

Now, in Zora Neale Hurston: A Life in Letters, the fascinating life of one of the most enigmatic literary figures of the twentieth century comes alive. Through letters to Harlem Renaissance friends Langston Hughes, Alain Locke, Dorothy West, and Carl Van Vechten, and to bestselling author Marjorie Kinnan Rawlings and Fannie Hurst, among others, readers experience the exuberance and trials of Hurston’s life. Her letters to her patron, Mrs. Charlotte "Godmother" Osgood Mason, are laced with equal amounts of cynicism and reverence, and offer a fascinating glimpse of the perilously thin line Hurston tread to maintain vital monetary support as she pursued her art and avant-garde lifestyle (which included crossing the country collecting folklore, and a job as story editor at Paramount Pictures in the 1940s).

Meticulously edited and annotated, this landmark collection of letters will provide her fans, as well as those discovering Hurston for the first time, with a penetrating and profound portrait into the life, writings (four novels, a play, an autobiography, and countless essays), and impressive imagination of one of the most amazing characters to grace American letters.

Books similiar to Zora Neale Hurston: A Life In Letters may be found in the categories below: