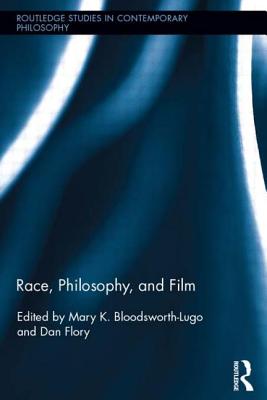 Read Our Review of Race, Philosophy, And Film (Routledge Studies In Contemporary Philosophy)

Hardcover Description:
This collection fills a gap in the current literature in philosophy and film by focusing on the question: How would thinking in philosophy and film be transformed if race were formally incorporated moved from its margins to the center? The collection’s contributors anchor their discussions of race through considerations of specific films and television series, which serve as illustrative examples from which the essays’ theorizations are drawn. Inclusive and current in its selection of films and genres, the collection incorporates dramas, comedies, horror, and science fiction films (among other genres) into its discussions, as well as recent and popular titles of interest, such as Twilight, Avatar, Machete, True Blood, and The Matrix and The Help. The essays compel readers to think more deeply about the films they have seen and their experiences of these narratives.

More books like Race, Philosophy, And Film (Routledge Studies In Contemporary Philosophy) may be found by selecting the categories below: