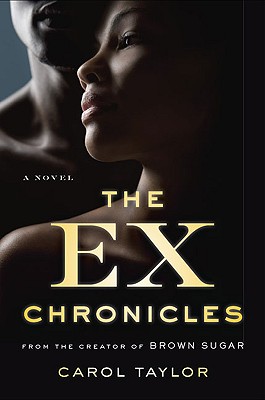 The Ex Chronicles: A Novel
by Carol Taylor

Read Our Review of The Ex Chronicles: A Novel

Paperback Description: The creator of the bestselling Brown Sugar series returns with her first sexy novel In a New York City rife with emotional land mines, four friends search for Mr. Right but too often settle for Mr. Right Now. Precious, a struggling writer, discovers her fiancé Darius in bed with another woman, but that doesn’t stop her from wanting him. Bella, the wise-cracking, over-indulged only child of an absent diplomat father and pill-popping socialite mother, knows her boyfriend Julius is using her, but before she can give him up she has to give up her first love, alcohol. Half black, half British Zenobia sacrifices a successful modeling career for Malcolm, her overly critical boyfriend, but when she strays she fears she’s made a terrible mistake. Bourgie Hope, the creative director of a high-fashion magazine, is hiding her dementia- ridden mother and her debilitating depression, while trying to resist a strong attraction to her new driver Derrick, a single dad from the projects. Funny and sexy, heartbreaking and inspiring, The Ex-Chronicles is a novel about faith in one’s self, trust in one’s friends and the sacrifices we make in the name of love.

More books like The Ex Chronicles: A Novel may be found by selecting the categories below: