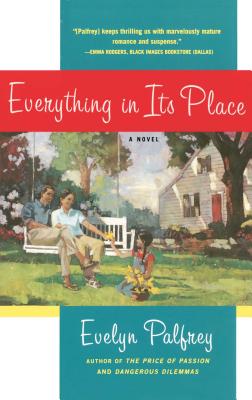 Everything In Its Place
by Evelyn Palfrey

Read Our Review of Everything In Its Place

Paperback Description:
Bobble Strickland, an Austin elementary school principal, didn’t really believe ex-army officer Ray Caldwell was coming on to her. She wasn’t a young girl anymore, and, besides, she had bigger priorities than a relationship — such as fighting her own daughter in court for custody of her grandchild.
Yet, strong, honest Ray had the "right stuff" to make her feel like a desirable woman again. He had come back to Texas to heal, stunned by a divorce he never expected. Soon, he was entangled in Bobble’s life, increasingly worried about the violence surrounding her daughter, Darlene, who was caught up in a web of drug addiction and secrets.
Neither Bobbie nor Ray guessed how desperately Darlene was fighting to escape the demons of her past…in a drama that would test the strength of African-American faith and family values and all the courage in a woman’s heart.

More books like Everything In Its Place may be found by selecting the categories below: