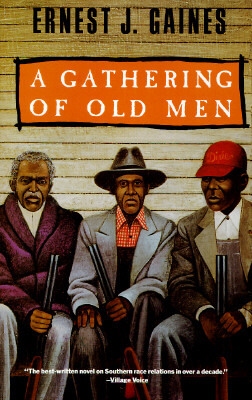 A Gathering of Old Men
by Ernest Gaines

Book Description:
Set on a Louisiana sugarcane plantation in the 1970s, A Gathering of Old Men is a powerful depiction of racial tensions arising over the death of a Cajun farmer at the hands of a black man.

"Poignant, powerful, earthy…a novel of Southern racial confrontation in which a group of elderly black men band together against whites who seek vengeance for the murder of one of their own."—Booklist

"A fine novel…there is a denouement that will shock and move readers as much as it does the characters."—Philadelphia Inquirer

More books like A Gathering of Old Men may be found by selecting the categories below: