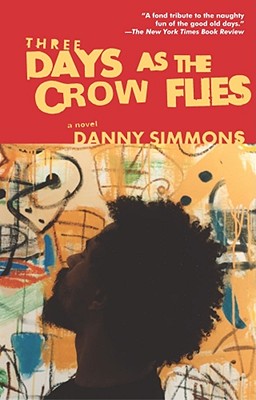 Three Days As The Crow Flies: A Novel
by Danny Simmons

Book Description:
Back in the day, sex, drugs, and Run-DMC ruled. New York City during the 1980s was a breeding ground for experimental artists, from Andy Warhol to Jean-Michel Basquiat to Madonna. Among them: Crow Shade, a drug-addicted hustler who manages to convince an A-list gallery owner that he is a "real" artist — and has three stolen paintings to prove it.
With a facility that surprises even himself, Crow successfully plays out the role of a downtown visionary, affording him with all of the money, dope, and women he could dream of. But how high can Crow fly before he’s knocked down and dragged out? What are the boundaries between art and life? When does deception end and obsession begin? Written with an unerring ear for real-world conversational rhythms, Three Days as the Crow Flies keeps readers engaged, restless, and in awe of Crow’s underground adventures through the now-legendary New York art world.

More books like Three Days As The Crow Flies: A Novel may be found by selecting the categories below:

Tell us what do you think about Three Days As The Crow Flies: A Novel.