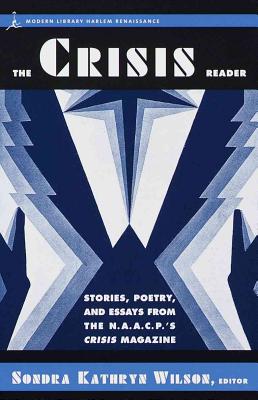 The Crisis Reader: Stories, Poetry, and Essays from the N.A.A.C.P. Crisis Magazine
by Sondra Kathryn Wilson

Read an Excerpt from The Crisis Reader: Stories, Poetry, and Essays from the N.A.A.C.P. Crisis Magazine

After its start in 1910, The Crisis: A Record of the Darker Races magazine became the major outlet for works by African American writers and intellectuals. In 1920, Langston Hughes’s poem "The Negro Speaks of Rivers" was published in The Crisis and W. E. B. Du Bois, the magazine’s editor, wrote about the coming "renaissance of American Negro literature," beginning what is now known as the Harlem Renaissance. The Crisis Reader is a collection of poems, short stories, plays, and essays from this great literary period and includes, in addition to four previously unpublished poems by James Weldon Johnson, work by Countee Cullen, Langston Hughes, Jessie Fauset, Charles Chesnutt, W. E. B. Du Bois, and Alain Locke.

More books like The Crisis Reader: Stories, Poetry, and Essays from the N.A.A.C.P. Crisis Magazine may be found by selecting the categories below: