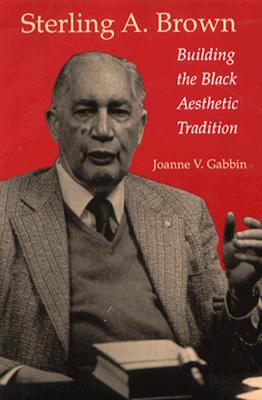 Book Description:
Sterling A. Brown’s achievement and influence in the field of American literature and culture are unquestionably significant. His poetry has been translated into Spanish, French, German, and Russian and has been read in literary circles throughout the world. He is also one of the principal architects of black criticism. His critical essays and books are seminal works that give an insider’s perspective of literature by and about blacks. Leopold Sedar Senghor, who became familiar with Brown’s poetry and criticism in the 1920s and 1930s, called him "an original militant of Negritude, a precursor of our movement." Yet Joanne V. Gabbin’s book, originally published in 1985, remains the only study of Brown’s work and influence. Gabbin sketches Brown’s life, drawing on personal interviews and viewing his achievements as a poet, critic, and cultural griot. She analyzes in depth the formal and thematic qualities of his poetry, revealing his subtle adaptation of song forms, especially the blues. To articulate the aesthetic principles Brown recognized in the writings of black authors, Gabbin explores his identification of the various elements that have come together to create American culture.

More books like Sterling A. Brown: Building the Black Aesthetic Tradition may be found by selecting the categories below: