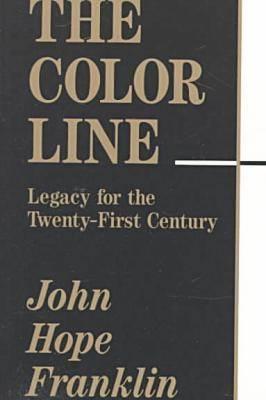 Paperback Description:
Nearly twenty years after his book Racial Equality in America, Franklin addressed the issue of racial inequality. In the Paul Anthony Brick Lectures given at the University of Missouri-Columbia, just one day after the "not guilty" verdict was returned in the trial of Los Angeles police officers for the beating of Rodney King, Franklin delivered a piercing depiction of the color line that persists in America. A scathing portrait of how discrimination has been allowed to flourish and a poignantly despairing prognosis for its end, The Color Line: Legacy for the Twenty-First Century is a perfect companion to the earlier volume. Together these books powerfully define and describe the long-held, but still unrealized, goal of equal rights for all Americans.

More books like The Color Line: Legacy for the Twenty-First Century (BRICK LECTURE SERIES) may be found by selecting the categories below: