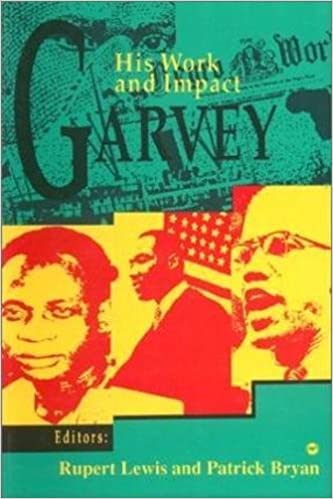 Garvey, His Work and Impact
by Rupert Lewis

Twenty-one articles deal with the historical background to Garvey and Garveyism, women in the movement and the importance of gender, the influence of Garvey on Jamaican culture and the peoples of the Caribbean.

No facet of Jamaican life escaped the imprint of Garvey’s powerful message with its unique Afrocentric perspective which spread into the religious realm where Black Jamaicans created God in their own image. An international panel assesses Pan-African and other issues in Garveyism, including race and economic progress int his collection of essays.