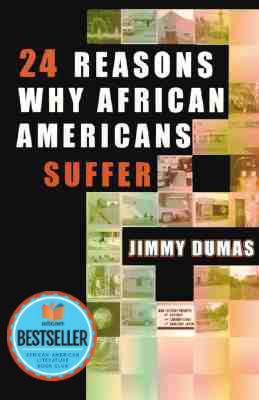 Paperback Description:
This book investigates the effects of prejudice on blacks in American culture and spells out strategies that can be implemented to close the gap between the races. Acknowledging that racism is a root cause, the book offers strategies to get beyond today’s state of affairs. Each reason is explained in relationship to the economic, political, and academic condition of the African-American community. Going beyond articulating problems such as poor money management, lack of unity, and poor family relationships, it offers solutions such as spending more money patronizing African-American businesses (or starting new ones), a renewed focus on accentuating the similarities within the race instead of the differences, and an improved perspective on marriage as an important, permanent commitment.