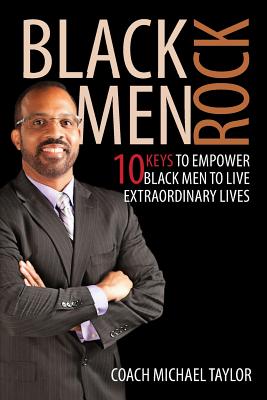 If you pay attention to our media you may have concluded that there is a black male crisis in America. We are constantly inundated with images of black men as lazy, irresponsible thugs, deadbeat dads and “playas” who only think about listening to rap music, chasing women and blaming society for their failures. But is this the only reality for black men? Are black men really an endangered species? Contrary to negative media generated stereotypes it is my belief that there is no black male crisis and the future for black men is actually bright with lots of reasons for optimism.

For some, this statement is a denial of the challenges facing black men. To which I reply, I recognize all of the challenges facing men of color in this country. I am not blind to an unfair justice system that systematically and unfairly incarcerates black men simply because of the color of their skin. I watch the news as black men are senselessly and unjustly gunned down in the streets by the men in uniform who have sworn to protect them and then walk away scot-free without being held accountable for their actions. I have my heart broken on a daily basis as I watch racists men and women claim superiority and privilege based solely on their belief that their race is superior to my own. I have personally had to deal with KKK members who attempted to scare me out of my position in a building supply center in a city where I was told to my face “we don’t allow n%gg$#ers to run anything in our city”.

As a man who happens to be black, I have first hand experience of the multiplicity of challenges facing black men and yet I still remain optimistic that our best days are ahead of us rather than behind us.

The primary reason for my optimism is simple. I choose to be 100% responsible for my life and no one or no thing can keep me from succeeding except me. It is this simple attitude that has allowed me to overcome being a high school dropout with a criminal record who was able to climb the corporate ladder and become a successful mid level manager for a multi-million dollar building supply center at the tender age of 22. It was this same attitude that allowed me to overcome divorce, bankruptcy, foreclosure and a deep state of depression to now being a successful entrepreneur, author (5 books) motivational speaker, radio & TV host. I am living proof of whats possible for black men and I have made it my life’s work to share the lessons I’ve learned to support others in living extraordinary lives.

So in the words of Public Enemy, “Don’t believe the hype”, black men are doing a lot better than the media would have you believe and there is no black male crisis in America.