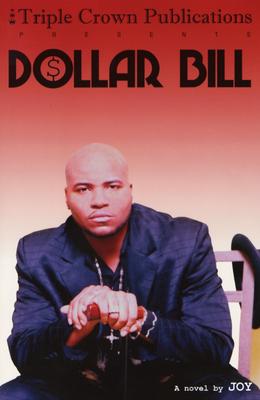 Dollar is one of those bad guys readers end up hating to love. From the killing grounds of Gary, Indiana, Dollar goes from a small pup just living and learning to a big dawg learning to live.

Dollar decides against joining the typical Ballers out on the streets hustling drugs to make a come up. After carefully critiquing the game, Dollar chooses a more concrete type of hustle, straight out robbin' folks. Dollar catches a case at the ripe age of 18 on the first of many planned hustles that he thought would lead him to the good life. The case resulted in Dollar being sentenced to live out the rest of his natural life behind bars. When Dollar encounters Romeo, the hardest cat in prison, he realizes that prison life exists six feet under hell. Romeo takes Dollar's mind on a manipulating roller coaster ride, which almost pushes him to the brink of insanity.

In the beginning Romeo instills the fear of death in Dollar, but in the end he gives him life. When the state sentenced Dollar they never expected the effect it would have on the new life he would eventually lead. They never imagined that he would some day walk the streets again and perfect his game. Back on the street, Dollar manages to drag everyone in his life who means anything to him into his deadly game. His bid in prison taught him one important thing that he would now apply to his hustle, how not to get caught! These shocking twists are only the beginning of the many that fill the pages of this profound urban novel. Bury your mind in this story as it reveals the true rules of a hustle as the true rules of love, deception and betrayal unravel. It's not a love story. It's not a just a street story. Dollar Bill is what it is...the best told urban tale. Expect the unexpected!

More books like Dollar Bill may be found by selecting the categories below: