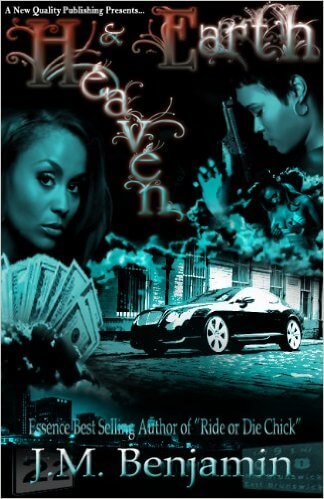 Book Description:
The Columbians had Pablo Escobar… The Cubans had Scarface…The Italians had John Gotti…And the Brothers had Bumpy Johnson…But what about the Sisters? Meet the female Nino Brown and Gee Money, only these two really are their sisters keeper. New Brunswick New Jersey native Heavenly Jacobs inherited her beauty and street smarts honestly from her parents gene pool. After an uneventful tragedy strikes her home her only means of survival is to rely on them both. Her choice to ride for the wrong man ultimately lands her in prison where she decides to re-strategize her game plan for when she’s released. Eartha Davis is not your average female. Her eyes as well as her body were exposed to more then they were ready for at a young age. Between her mother, a bonafide gangster who sexual preference was women, and the streets of Plainfield New Jersey, it was hard for her not to fall victim to and embrace all that was going on around her. Her new found love for the streets, violence and females all contributed to her imprisonment in Edna Mahan Correctional Facility in Clinton New Jersey. As fate would have it, these two females are thrown together and form an unbreakable bond which spills over into the streets. Seeing how everyone got fat while they were behind the prison wall starving, they put together a team of female hustlers that got men in the game on edge. Jealousy, envy, ego’s and pride all come into play unraveling a beef between the opposite sex for Supremacy. Will the brothers sustain? Or will they succumb to the wrath of Heaven & Earth?

More books like Heaven & Earth may be found by selecting the categories below:

Tell us what do you think about Heaven & Earth.