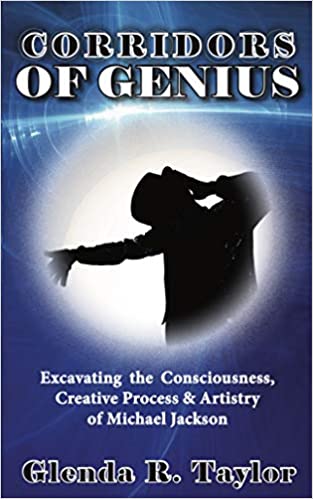 Read Our Review of Corridors of Genius: Excavating the Consciousness, Creative Process & Artistry of Michael Jackson

Corridors of Genius is the first academic study that focuses on the creative process and artistry of Michael Joseph Jackson (1958-2009). It skillfully revisits the Jackson family narrative and explores the consciousness of both Michael and his father, Joseph Jackson.

Cultural historian and scholar, Dr. Glenda R. Taylor analyzes Jackson’s artistry by delving into his religious foundation and unearthing an artistic voice rooted in a Judeo-Christian ideology. She unveils a prolific creative process nurtured by his parents and refined by his quest for perfectionism. The study began when Taylor realized that Jackson’s artistic statement is profoundly rooted in the cultural traditions of African American artists such as Paul Robeson, Katherine Dunham, Nina Simone, and Spike Lee. She discovered an artist who promotes the teachings of Dr. Martin Luther King Jr. and vigorously endeavored to use the technology available in a visual culture to promote social change.

More books like Corridors of Genius: Excavating the Consciousness, Creative Process & Artistry of Michael Jackson may be found by selecting the categories below: